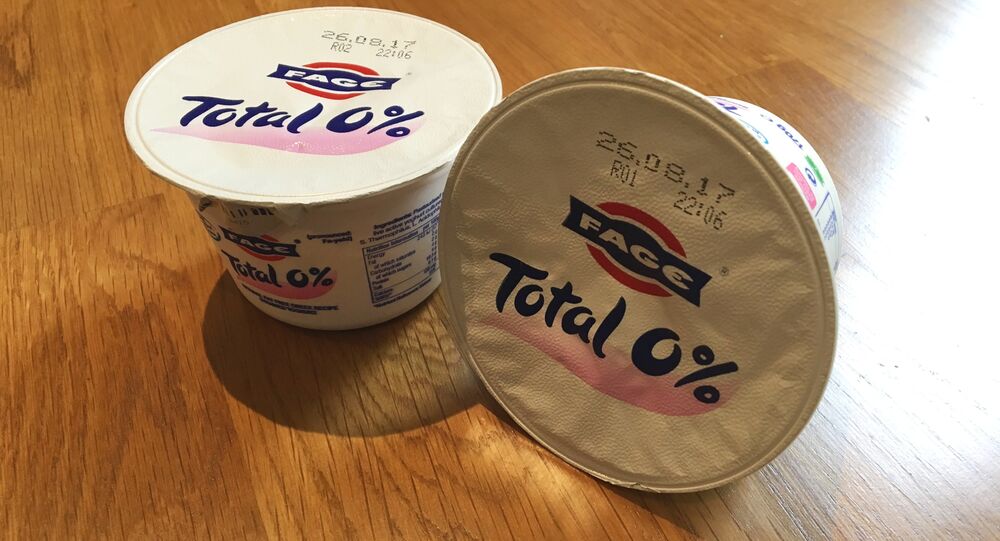 Greek Yogurt Is Ours: Athens Seeks Geographical Protection From EU

The Greek Ministry of Agriculture is hoping to persuade the European Union to introduce rules which forbid "Greek yoghurt" being produced anywhere but in Greece. They want the product to receive the same geographical protection as Champagne, Parma ham and Wensleydale cheese.

To make Greek yogurt, regular yogurt is strained extensively to remove liquid whey and lactose, leaving behind a thicker-textured yogurt.

In 2016, Greece and the Czech Republic clashed after the latter produced "Greek: and "Greek-style" yogurt.

Relations between the two countries were already poor after Czech President Milos Zeman said in December 2015 that his country would only join the eurozone on the day after Greece left it, suggesting the currency's failures stemmed from the economic crisis in Athens.

To qualify for PGI, a product must be produced, processed or prepared in a geographical area which it is associated with.

The EU will only give a product the PGI mark if they decide it has "a reputation, characteristics or qualities that are a result of the area."

But Athens wants Greek yogurt to qualify for Protected Designation of Origin status as well as a PGI.

The Association of Greek Breeders has persuaded the Greek ministry of agriculture to establish a working group to prepare an application for it to get both PGI and PDO status.

"We are taking another important step in securing our traditional product, Greek yogurt, which is famous for its unique quality on European and international markets," said Greek Agriculture Minister Evangelos Apostolou.

"If we succeed, the benefits for yogurt would be great as it will be protected from other countries which increasingly try to usurp it considering the growing demand from consumers," said Takis Peveretos, President of the Association of Greek Breeders.

But even if they are able to get PGI and PDO status for Greek yogurt, that protection will only apply in the EU and does not stop companies like Voskos in California from selling a product which they describe quite blatantly as Greek yogurt.

Ironically the word yogurt is actually Turkish and suggests it was invented by the Turks, rather than the Greeks.

Farmers in Greece are already angry about a trade deal between the EU and Canada which they say fails to protect their monopoly on the production of feta cheese.

Most of the products which have been granted PGI status are meats, dairy products, breads, pastries and confectionery.

But PGI status can also be granted for flowers and plants, natural gums and resins, cork, cochineal, wool and scutched flax.