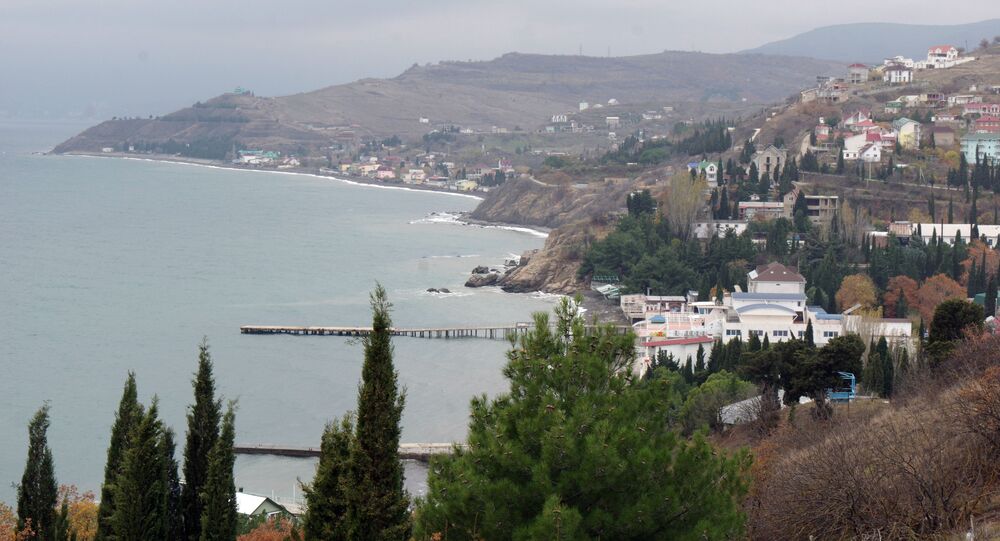 A total of 44.4 percent of German nationals support the statement made by Christian Lindner, the head of the German liberal Free Democratic Party (FDP), about how Crimea's accession to Russia should be considered a "long-term, temporary solution," a poll, published Wednesday, said.

© Sputnik / Sergey Malgavko
'It's More Important to Be Nice': Crimea's Germans Thank Scooter for Being Brave
MOSCOW (Sputnik) – On Saturday, Lindner told Germany's Funke Mediengruppe publisher that European security and development depended on a number of factors, including relations with Moscow. It was because of this the FDP said the issue of Crimea's accession should, at least for now, be regarded as a "long-term temporary solution."

According to the Civey survey, released by Die Welt newspaper, 44.4 percent of German nationals support Lindner's opinion on the Crimea issue, while 43.2 feel the opposite. Among young respondents (18-29 years) only 35.2 percent expressed their support for the position, while the elder generation (65+ years) demonstrated more support, or 48.5 percent according to the poll.

The most support (65.5 percent) was, of course, polled among FDP followers, as well as the Alternative for Germany (AfD) party. Supporters of the Social Democratic Party (SPD) and the Greens had the lowest levels of support with 28.1 and 21.8 percent, respectively.

The Crimean peninsula seceded from Ukraine and was reunified with Russia after more than 96 percent of local voters supported the move in a referendum in March 2014. Ukraine, as well as the European Union, the United States and their allies, have not recognized the move and consider the peninsula to be an occupied territory.