'It's More Important to Be Nice': Crimea's Germans Thank Scooter for Being Brave 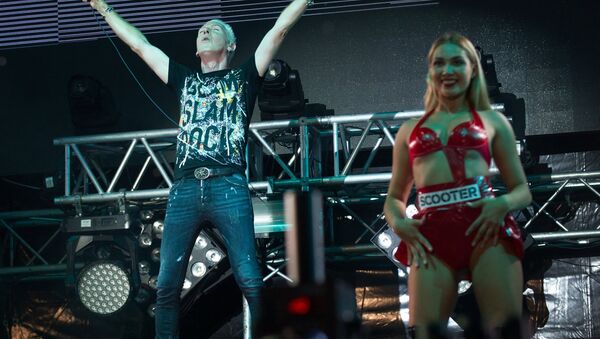 © Sputnik / Sergey Malgavko
/
Go to the mediabank
Subscribe
International
India
Africa
German dance music group Scooter demonstrated courage when they came to Crimea despite the possibility of a backlash from Kiev, said the head of the regional German national-cultural autonomy, an NGO. Previously, Kiev warned that the band they will face up to 8 years behind bars if they perform a concert on the Crimean Peninsula.

Even though the members of German dance music group Scooter were threatened by the Ukrainian authorities with up to eight years in prison, it wasn't enough to make them change their minds. On August 4, Scooter arrived in Crimea for the first time in their career and performed in front of several thousand fans at #ZBFest, a two-day open-air music festival in Sevastopol.

Yuri Hempel, the head of the German national-cultural autonomy of the Crimean Republic, called the reaction of the Ukrainian authorities "inadequate," since citizens of Europe can go wherever they wish.

"All citizens of Germany who come to Crimea are brave people. They certainly understand how [Kiev] will react, and also perfectly know the recommendations of Germany's foreign ministry not to visit the territory of the Crimean Republic," Hempel told Sputnik.

Head of US Delegation to Crimea Not Afraid of Possible Ban From Ukraine
"Nobody can forbid them from entering any territory; no one can forbid us from being friends with other people and no one can forbid [people from] visiting Crimea. It's just a politics. These days in Germany, Crimea is considered as an integral part of the Russian Federation," Hempel noted.

Following the announcement of the band's scheduled appearance at the Crimean music festival, Ukraine's Deputy Attorney General Yevgeny Yenin stated that the musicians might be sentenced from one to eight years of imprisonment if they came to Crimea in violation of Ukraine's laws, according to which foreigners may only enter this territory with special permission and via the entry and exit points to the Ukrainian mainland. 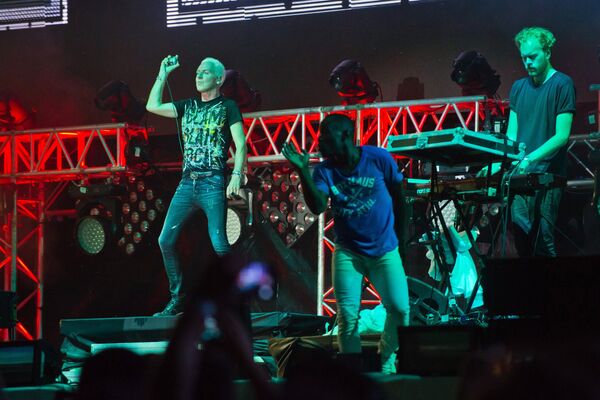 "It's nice to be important, but it's more important to be nice," Scooter's frontman H.P. Baxxter said, quoting one of the band's songs; it looks like they are following this rule. According to the German ravers, they arrived in Crimea not to engage in politics, but because they have a fan base there. 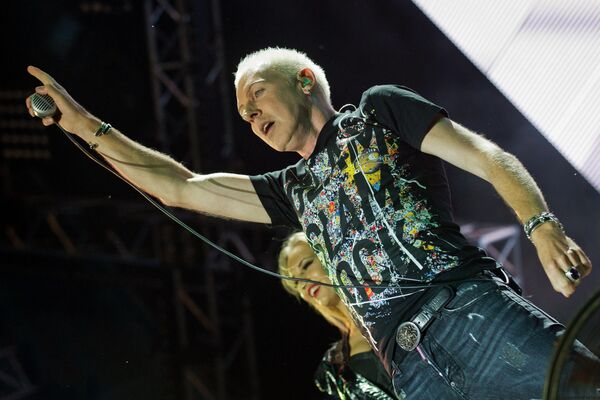 On August 4, Scooter presented a spectacular show at #ZBFest, performed all their famous hits and promised the Crimeans they'd return soon. Ahead of their show, the band members also visited Sevastopol.

Now, Ukraine is trying to create a bumpy ride home for Scooter: the Ukrainian prosecutor's office started a criminal case against the musicians.

​"Scooter went to Crimea illegally, despite our warnings! It's a pity. Very soon we'll have to put H.P. Baxxter and the company out of humor. Ukrainian prosecutors are probing the Scooter case, so the criminal proceedings may have very painful consequences for the musicians," Ukraine's Ambassador to Germany Andrey Melnik tweeted after the band's arrival to Crimea.