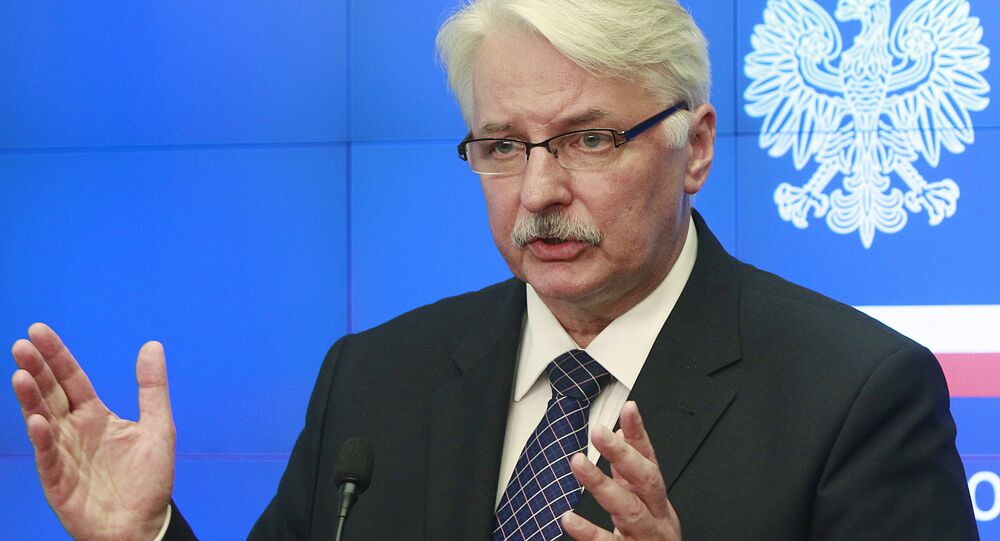 The deployment of NATO servicemen in Poland poses no threat to Moscow's interests, but it is a response to the growing Russia's presence in the region, Polish Foreign Minister Witold Waszczykowski told RIA Novosti in an interview.

© AFP 2020 / ADEM ALTAN
Poland to Continue Steps to Cancel EU Move to Grant Gazprom More Access to OPAL - Foreign Minister
WARSAW (Sputnik) — "It’s a symbol, it’s a token of determination to defend our part of Europe. We joined NATO in 1999, 18 years ago. And for 17-18 years we didn’t have a deployment of NATO troops on the territory of Poland, the Baltic countries and other part of the [Alliance's] eastern flank. Since the beginning of this year we have the deployment of troops," Waszczykowski said.

The minister added that the deployment was a symbol of determination that NATO would protect its part of the alliance, if "any kind of incidents, a Crimea-style incidents' took place on the Polish territory.

"It’s symbolic troops. This is not an important combat presence, which is going to endanger Russia. This is symbolic troops, just as I said, as a proof, as an evidence that this part of Europe is going to be defended. But this presence is not endangering Russian interests," Waszczykowski added.