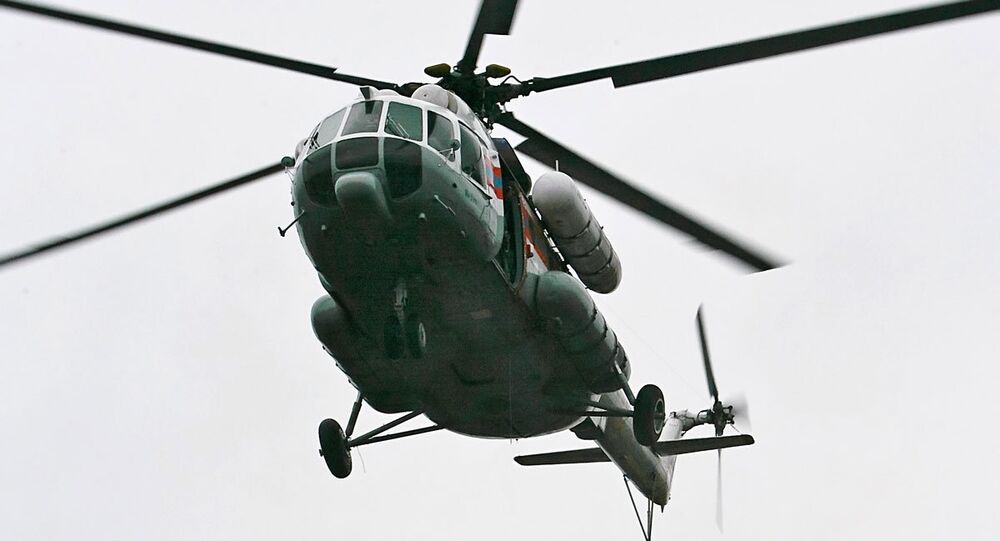 The Russian Emergencies Ministry sent a Mi-8 helicopter to Serbia in order to tackle wild fires.

© AP Photo / Noah Berger
'Extreme and Aggressive’ California Wildfire Sends Thousands Fleeing, Threatens Beloved National Park (PHOTOS)
MOSCOW (Sputnik) — The Russian Emergencies Ministry sent a Mi-8 helicopter to Serbia in order to tackle wild fires in the Balkan nation within the framework of activities of the Russian-Serbian Humanitarian Center (RSHC) in the city of Nis, a spokesperson of the ministry said Wednesday.

"In line with the request of Serbia's government and with the order of Russia's government, the Mi-8 helicopter of the Russian Emergencies Ministry equipped with a helicopter bucket flew from Moscow to the city of Nis… The helicopter would ensure a rapid response [to the crises] in case of large fires at the territory of Serbia and the Balkan region," the spokesperson said.

The spokesperson added that the necessity to send the helicopter to the Balkans had been caused by potential fire hazardous situations amid hot weather.

In 2012, Moscow and Belgrade signed an agreement to establish the Russian-Serbian Humanitarian Center carrying out an emergency humanitarian response in Serbia and the Balkans. Over the years, the center and the Russian Emergencies Ministry have repeatedly provided assistance to the countries of the region in floods and forest fires.

Over 14,000 People Evacuated in Western Canada Over Wildfires