Ukrainian marines, along with servicemen from 10 other countries, will participate in NATO multinational military exercise Noble Partner 2017 in Georgia, the Ukrainian Defense Ministry press service said in a statement Friday. 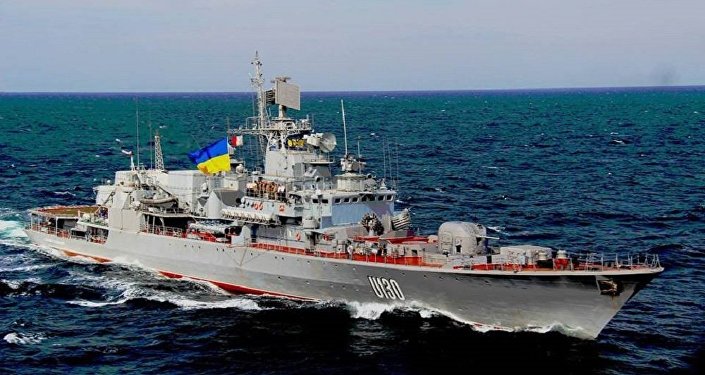 © CC BY-SA 2.0 / Ministry of Defense of Ukraine
Ukrainian Navy Flagship Holds Drills With NATO Ships in Black Sea - Navy
KIEV (Sputnik) — This will be the third Noble Partner military exercise in Georgia. Apart from Georgian and Ukrainian soldiers, servicemen from the United States, the United Kingdom, Germany, Turkey, Spain, Romania, Slovenia, Armenia and Azerbaijan will be engaged in the drills.

"About 30 Ukrainian marines left for Georgia to participate in multinational exercise Noble Partner — 2017. The Ukrainian military will gain skills of joint operations within multinational unit under the NATO standards," the statement said.

The last US-Georgian military exercise Noble Partner 2016 took place at Georgia's Vaziani Air Base near the capital city of Tbilisi on May 11-24, 2016.

A total of 1,300 servicemen, including 600 soldiers from the United States, 500 soldiers from Georgia and 150 from Great Britain, participated. US M1A2 Abrams tanks and M2 Bradley infantry fighting vehicles were involved in the drills.

'Noble Partner' US-Georgia Military Drills to Kick Off Near Tbilisi