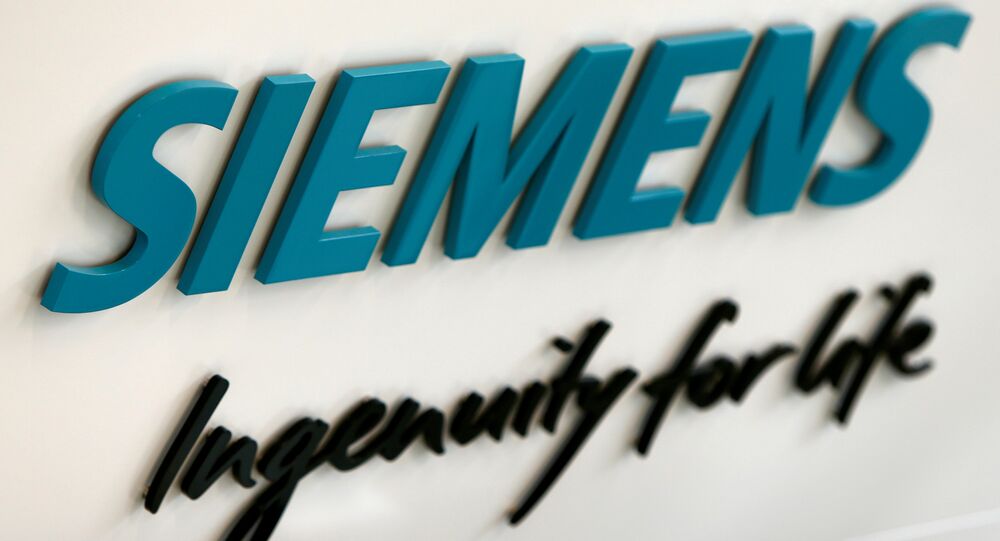 If Russia agrees to Siemens' proposal on repurchasing the turbines allegedly transferred to Crimea in violation of western sanctions, the issue will be resolved in a legal manner, the managing director of the German Committee on Eastern European Economic Relations, Michael Harms, said.

© REUTERS / Michaela Rehle/File Photo
Kremlin Reserves Comment on Possible EU Sanctions Expansion Over Siemens Issue
BERLIN (Sputnik) — On Wednesday, an EU source told Sputnik that the Council of the European Union's Committee of Permanent Representatives (Coreper) had agreed to expand the list of anti-Russian individual sanctions at Berlin's initiative. The German Foreign Ministry said Tuesday it was preparing a pan-European response to the scandal around the alleged delivery of gas turbines of the German company Siemens to Crimea.

"Siemens' proposal to repurchase the turbines is still in effect, and I do not quite understand why the Russian side has so far refused such a simple solution, which is profitable to all sides. Now, of course, the public resonance is so great that some negative effect cannot be avoided, but it would be a legal solution to the problem," Harms told reporters.

According to Harms, the committee expects Russia to fully implement the agreements with Siemens, or else negative consequences could arise.

"The behavior of Siemens in this situation is absolutely correct and transparent. We expect the Russian government will fully implement the terms of the agreement. Non-implementation of the contract will have negative consequences," Harms added.

In early July, Siemens created a task force team to investigate reports about the transfers of turbines produced by Siemens Gas Turbines Technologies, a joint venture with the Russian Power Machines company, to the Crimean peninsula.

© REUTERS / Tobias Schwarz/File Photo
Berlin 'Had No Other Option' But to Call for Anti-Russia Sanctions Over Siemens Scandal
Last week, the company said it had "credible information" that all four of its turbines intended for the project in Russia's Taman were illegally delivered to Crimea. Siemens decided to annul a power plant equipment supply license agreement, repurchase the turbines and suspend power equipment supplies to Russian state firms to devise new control measures.