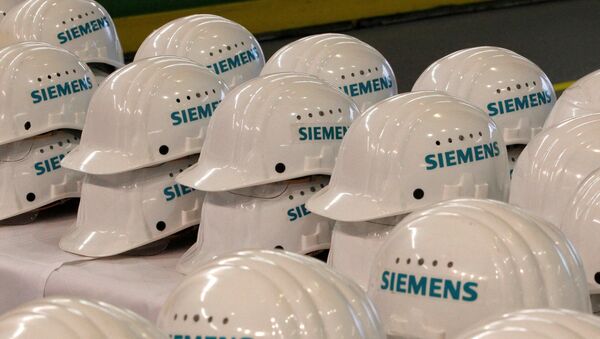 © REUTERS / Tobias Schwarz/File Photo
Subscribe
Germany had no other choice but to call for anti-Russian sanctions amid the scandal around deliveries of Siemens turbines to Crimea, Managing Director of German Committee on Eastern European Economic Relations Michael Harms told Sputnik on Thursday.

BERLIN (Sputnik) — On Wednesday, a source told Sputnik that Council of the European Union's Committee of Permanent Representatives (Coreper) agreed to expand the list of anti-Russian individual sanctions on the initiative of Berlin. The source noted that the technical work on the relevant acts would follow.

"It was Germany's initiative in the Council of European Union to include individuals and organizations, firms on the sanctions list. I am afraid, in this situation, the German side had no other option, because it was a violation of the sanctions regime, which, in my opinion, is linked to the activities of particular individuals in Russia. I will stress that Siemens has been acting in line with the sanctions regime," Harms said.