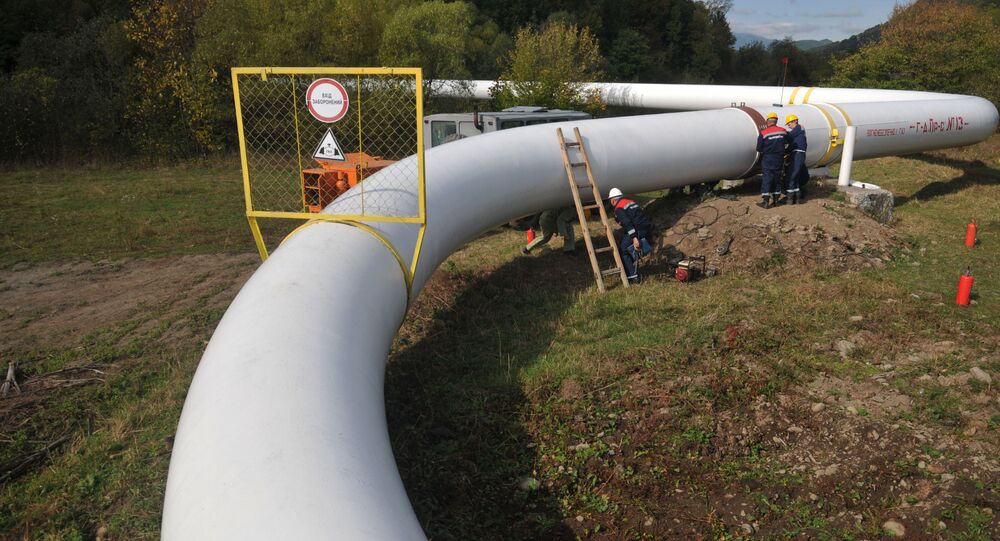 In an interview with the Russian news network Zvezda, Russian expert Andrey Koshkin explained what prompted Ukraine to call for the creation of an alternative to the Nord Stream 2 gas pipeline project.

Yeliseyev said that EU representatives "reacted with understanding to our position on the inadmissibility of the Nord Stream 2 [project]."

"We will continue our dialogue because this project should not be carried out without our consent. Moreover, we don't simply criticize and block this politically motivated project. We also offer options. We offered the chance to create an international consortium based on our gas transmission network," he added.

Speaking to the Russian news network Zvezda, political analyst Andrey Koshkin of the Plekhanov Russian University of Economics said that the issue is all about money, something Ukraine is in desperate need of.

According to him, "the current Kiev authorities realized the fact that they have no money and that no one will just give it to them and they will have to earn the money."

"When they saw the transit money sailing away from them, they began to pressure the EU and the US so that Russia could be prevented from building Nord Stream 2. Kiev wants gas to only be transported via Ukrainian territory," Koshkon said.

He added that to fulfil this goal, Kiev is inventing a variety of mechanisms, including a project stipulating a gas pipeline being laid through Ukraine.

"One should understand that Russia is independent and that it pursues an independent policy. And there is a demand for this policy and for economic projects that Russia offers," Koshkin concluded.

Meanwhile, Russian political analyst Stanislav Byshok suggested that all this plays to the hand of the United States rather the interests of European customers.

"For the United States which is willing to increase its own liquefied gas exports under President Trump, Russia remains a competitor on the European gas market. And if the Americans press more on their European partners, Russian projects will be stalled," he told Zvezda.

© Sputnik / Maksim Blinov
'Unpredictable Effects': Ukraine-Gazprom Gas Standoff 'Reaches a New Level'
An agreement on Nord Stream 2, involving the expansion of the original Nord Stream gas pipeline, was signed in early September 2014, during the Eastern Economic Forum in Vladivostok, Russia. Nord Stream 2 is slated to become operational before the end of 2019.

The new 1,200-km pipeline is planned to be laid along the Nord Stream pipeline route from the Russian coast through the Baltic Sea to a hub in Germany. Shell, Engie, OMV, Uniper and Wintershall are the Russian giant Gazprom's partners in implementing the project.