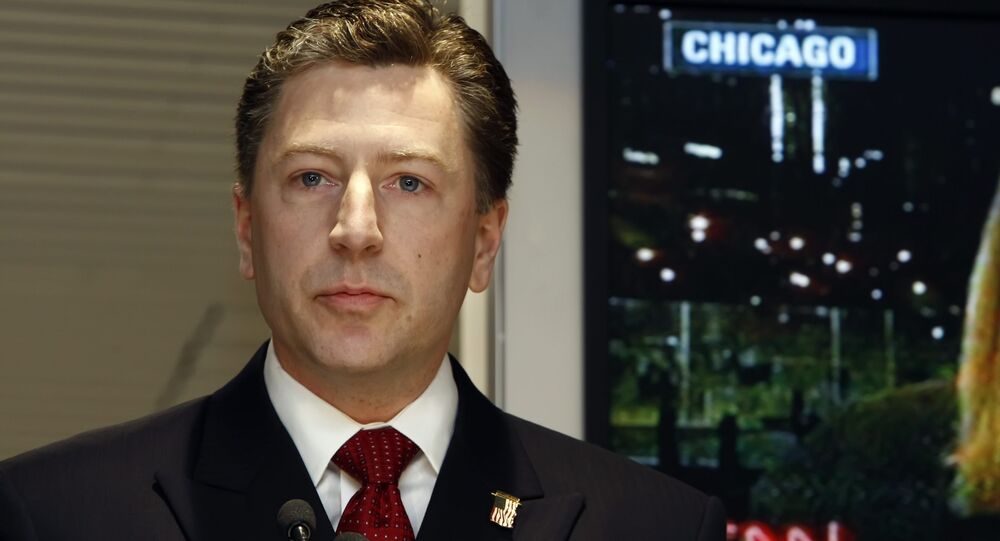 US special envoy for Ukraine Kurt Volker will visit Ukraine again the coming days, the deputy head of the president’s administration, Kostiantyn Yelisieiev, said on Thursday.

© REUTERS / Valentyn Ogirenko
Kiev, EU Leaders Discuss Elaboration of 'Marshall Plan' for Ukraine - Poroshenko
KIEV (Sputnik) — On July 7, US Secretary of State Rex Tillerson has appointed former Permanent Representative to NATO Volker as Special Representative for Ukraine Negotiations to coordinate the efforts of the State Department to resolve the conflict in Ukraine. On July 9, Volker arrived in Ukraine, where he held a number of meetings, including with a representative of Kiev in the contact group on Donbass, Leonid Kuchma.

"It was the first visit, an agreement was reached that in the next few days he will visit Ukraine again. Surely, it will depend on his schedule, because he wants to intensively enter the process of consultations not only with the Ukrainian side, but, in particular, with our partners in the Normandy format," Yelisieiev said on the air of the Channel 5.

According to him, Ukrainian President Petro Poroshenko had an "intensive and strategic" conversation with Volker about how to bring peace to the Donbas.

Kiev entered into armed confrontation with Donbas militia in 2014, after the self-proclaimed Luhansk and Donetsk people’s republics refused to recognize the new Ukrainian government that came to power in what they perceive to be a coup. The sides to the conflict continue to exchange fire, despite the ceasefire deal that reached in Minsk in February 2015. The peace deal was brokered by the so-called Normandy Quartet that comprises Russia, France, Germany and Ukraine.

'Bad News': What if US 'Digs Into' Ukraine's Alleged Meddling in 2016 Election?