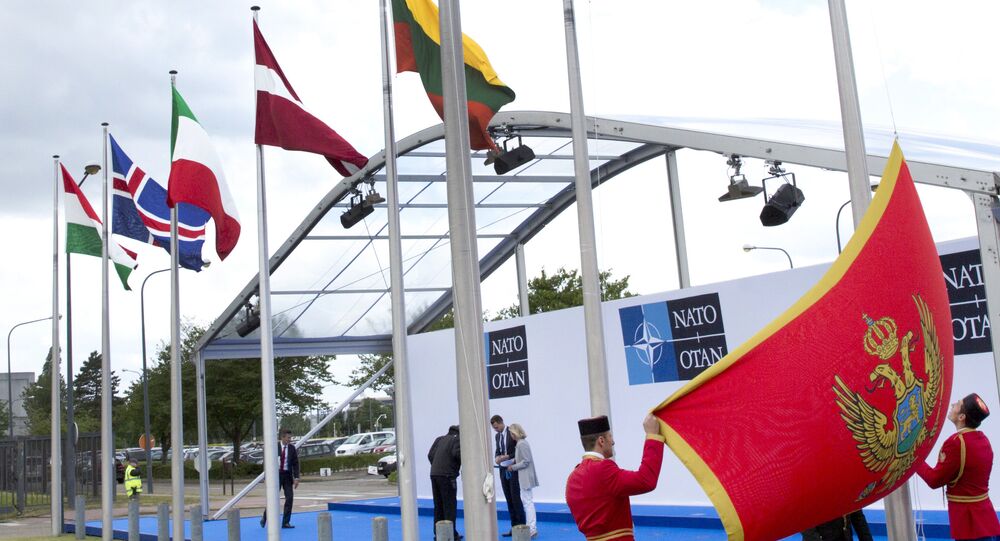 A public opinion poll, which was conducted right after Montenegro's accession to NATO, has revealed that as many as 39.8% of the country still don't support the alliance, while 38.7% approved of the new military membership. 21.5% have no opinion on the issue. Political analysts, however, told Sputnik why they think there are a lot more who object.

© CC0
Remedy or Recipe for Disaster? CIA Vet Offers to Redraw Balkan Borders… Again
On June 5, Montenegro officially became the 29th member state of NATO. The decision was made by the country's parliament, without putting the issue directly to the people for a vote in a referendum, as the majority was always against the new military membership.

Right after the accession, Montenegro-based Centre for Democracy and Human Rights (CEDEM) conducted a public opinion poll, which revealed that 39,8% still don't support the alliance, against 38,7% who hailed the new military membership. 21,5% have no opinion on the issue.

Sputnik Serbia discussed the results with military analyst Miroslav Lazanski who explained why he doubts the objectivity of the results. He thinks that there are a lot more who object.

"The majority of Montenegrins, 80% called for the issue to be put to the referendum, and not to be made by the country's authorities. I think 60-70% are against the membership in the alliance and I don't believe these results," he told Sputnik.

© AP Photo / Risto Bozovic
Montenegro Resorts to 'Russian Threat' to Prove 'NATO is Paradise' to Its People
CEDEM is the oldest political think tank in Montenegro, which was established on July 2, 1997 and registered with the Ministry of Justice of the Republic of Montenegro on 15 July 1998.

Its stated mission is "to advance and spread conscience on importance of proper and successful democratic transition; to research, analyze and follow process of transition as well as to influence on transitional process in Montenegro and contribute to the strengthening of civil society and democratization in general."

The list of its partners however seems to be very revealing: it lists, among others, the US Embassy in Montenegro, Open Society Foundations of George Soros and The German Marshall Fund of the US.

Anyway, even such a small preponderance of those against makes Montenegro a unique NATO member state, military analyst, historian Bojan Dimitrijevic told Sputnik.

© AP Photo / Risto Bozovic
Montenegro's Accession to NATO is 'One of the Biggest Betrayals in History'
He further explained that NATO member states clearly fall into two groups: the so-called "veterans" which have been part of the alliance since the times of the Cold War, and those who joined it after the fall of the Berlin Wall (November 1989).

Bojan Dimitrijevic however noted that in case of any instability in the region, the fact that Montenegro has voluntarily transferred all issues of its national security to NATO, might become a problem. This exactly what had happened to Macedonia in 1990s, which had then voluntarily transferred all the leverages of its national security to the alliance.

It resulted in very negative consequences in the beginning of 2000s, when the country was marred by the military conflict with the Albanian separatists, he concluded.