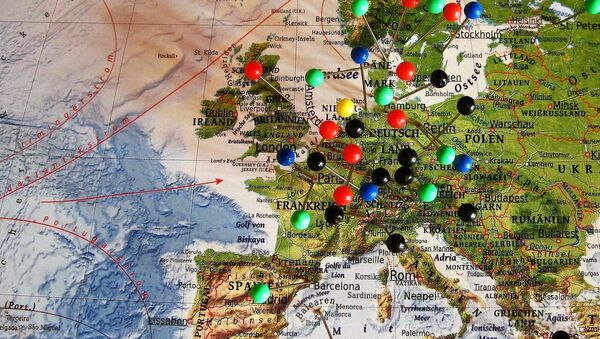 CC0 / /
Subscribe
Steven Meyer, former CIA deputy chief of the Balkan Task Force, believes that the only way to ease tensions in the Balkan region is to yet again redraw the borders of former Yugoslavia creating a confederation of Orthodox nations in response to the emergence of the so-called Greater Albania.

Serbia Boosts Security Cooperation With Russia Amid Renewed Kosovo Provocations
The Balkan borders could be redrawn, Steven Meyer, a CIA veteran, who served as deputy of the US administration's Balkan Task Force for five years in the 1990s, told Sputnik Serbia.

Known as a critique of the US's policies in the Balkans, Meyer argues that the borders "more or less imposed" on the Balkan nations by the US and its European allies following the collapse of Yugoslavia do not correspond to the true state of affairs. 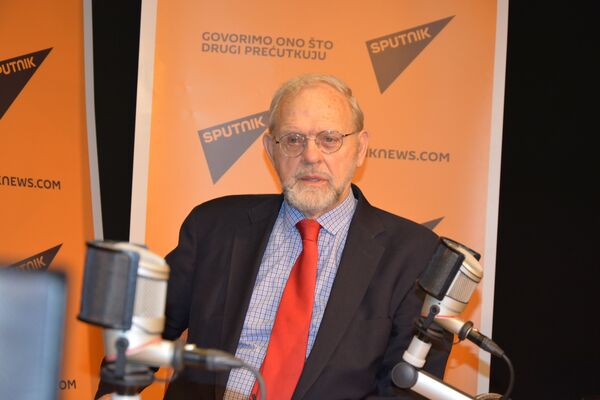 Recalling the conclusion of the Dayton Peace Accords, signed in December 1995, the CIA veteran pointed out that the agreement, aimed at ending the bloodshed in Bosnia and Herzegovina, was made in a hurry.

"They [US President Bill Clinton and Assistant Secretary of State Richard Holbrooke] were so anxious to get a solution and to do it quickly. I understand that a good part of Dayton was ending the bloodshed in Bosnia and [President of Serbia Slobodan] Milosevic was anxious to please the US, he wanted aid from the US and he spoke for the Bosnian Serbs," Meyer told Sputnik.

"Holbrooke was very adamant, very tough about the solution. He convinced the [US] administration that it was the right way to go," the CIA veteran said.

However, according to Meyer, it was clear from the very beginning that the state of Bosnia and Herzegovina wouldn't be sustainable in the long run. 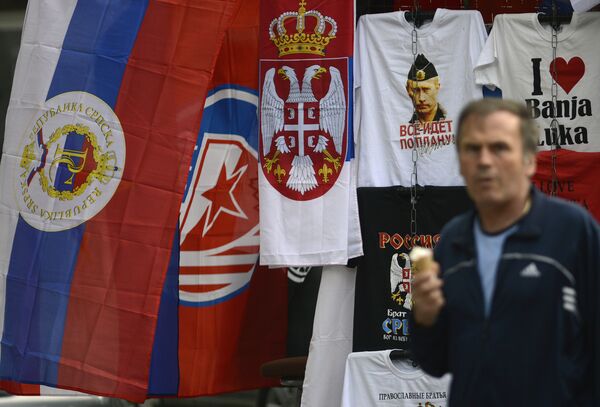 In this photo taken on Wednesday, Sept. 21, 2016. Bosnian man passes by flags of Bosnia's Serb mini state Republic of Srpska and t-shirt with photos of Russian President Vladimir Putin in the Bosnian town of Banja Luka, 240 kms (150 miles) northwest of the Bosnian capital of Sarajevo
© AP Photo / Radivoje Pavicic

Meyer believes that the best way to solve tensions in the Balkan region is to redraw its borders… once again.

"It can be, it depends on how it's done. We have already redrawn borders here. Montenegro, a very-very close vote, but Montenegro in Serbian borders have been redrawn," Meyer noted, in a reference to a controversial border demarcation agreement between Kosovo and Montenegro.

"Much of the world has recognized Kosovo," the former CIA official continued, "not everybody, five countries in the EU have not, but that is redrawing borders. And as I said earlier, Bosnia doesn't really work very well and those borders are essentially redrawn."

Meyer highlighted that borders should be redrawn peacefully and insisted that in that way it wouldn't somehow violate international law.

"I think it should be done peacefully. There has to be some sort of creative leadership in the Balkans," he underscored.

"There is nothing sacred about borders. The international law doesn't prohibit peaceful change of borders," Meyer said.

Serbia Hopes for Russian Support in Preventing Kosovo From Joining UNESCO
He drew attention to the fact that since the end of the Cold War, the world has seen a lot of border changes.

"Borders of the Soviet Union changed, we saw Czechoslovakia changed borders and we saw Germany changed borders," the CIA veteran said, "So it is certainly possible."

As of yet, however, the only Balkan nation pushing ahead with the border change issue is the Albanians, who seek the creation of the so-called Greater Albania.

The Greater Albania doctrine envisions that the territories in southern Montenegro, southern Serbian territories including Kosovo and the Presevo Valley and northwestern parts of Macedonia should be incorporated into the existing Republic of Albania.

The CIA veteran doesn't exclude the possibility of the establishment of Greater Albania. Likewise, however, according to Meyer, some sort of "Greater Serbia" or a confederation of Orthodox populations of Macedonia, Montenegro, Serbia and the Republika Srpska could be created.

He called attention to the fact that the Republika Srpska is also seeking the possibility to join Serbia. 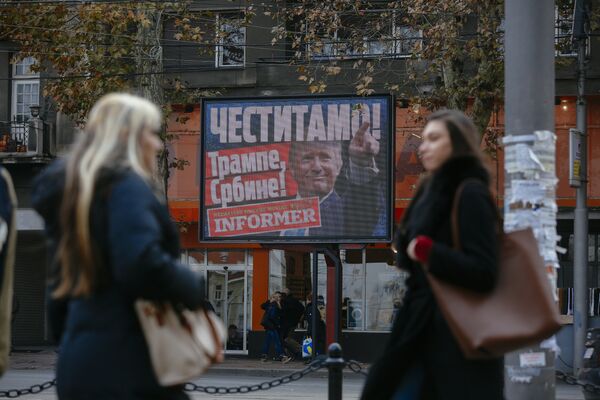 Pedestrians walk by a billboard picturing US President-elect Donald Trump with an inscrpition that translates as "Congratulations! Trump, Serb!" published by Serbian daily newspaper in Belgrade on November 10, 2016
© AFP 2021 / OLIVER BUNIC

To accomplish such a bold task, the former Yugoslav nations should take their fate into their own hands, Meyer insists. According to the CIA veteran, the Balkan region needs "creative leadership."

However, not all observers share Meyer's enthusiasm, saying that the devil is always in the detail.

"Experts say that relations between the republics of the former Yugoslavia are now worse than ever since the Yugoslav Wars of 1991-2001. More and more republics and national entities in the Balkans are calling for redrawing borders and creating federations in already existing states," veteran journalist and RIA Novosti contributor Dmitri Dobrov writes, warning that the region risks becoming the "powder keg of Europe."

In this context, the efforts aimed at creating the Greater Albania could become the trigger for a new Balkan war. That means that Meyer's concept of a peaceful redrawing of borders in the Balkans may turn out to be nothing but wishful thinking.

At the same time, it's obvious that the US and EU's Balkan policy has proved inefficient.

Recently, religious and ethnic contradictions have intensified in the territory of former Yugoslavia. According to the Heidelberg Institute for International Conflict Research (HIIK), the Balkan region has been engulfed by 18 major and minor conflicts. Bitter contradictions continue to simmer between Slovenia and Croatia over border issues in the Piran Gulf; Serbia and Croatia still struggle to reach an agreement on the Island of Sarengrad and the Island of Vukovar; Republika Srpska signaling its interest in joining Serbia, while the self-proclaimed Republic of Kosovo remains a sore spot in relations between Serbs and Albanians.

The question arises whether the strategy aimed at "redrawing" borders in the Balkans is a remedy or recipe for disaster.

000000
Popular comments
Wil they never learn? Encouraging talk of border changes along ethnic and religious lines in the Balkans can only ignite the powder keg once again. Any changes can only provoke strife and conflict to redress the wrongs some of the parties will inevitably feel they have suffered. The Greater Albanian Project, so ardently promoted by certain circles, is an ill-disguised attempt to install a Muslim nation in Europe, with accession talks with the EU under way, and a process of islamization ongoing and sponsored by Gulf Nations and Turkey. What a recipe for DISASTER!

citizen60
6 June 2017, 20:25 GMT2
000000
The only more or less durable border changes are those accomplished by force. The Borders (external & internal) of EX YU were forged in blood over hundreds of years. Any change brought about by the support of outside factors will sooner or later result in bloodshed. It will spread like wild fire, throughout the Region