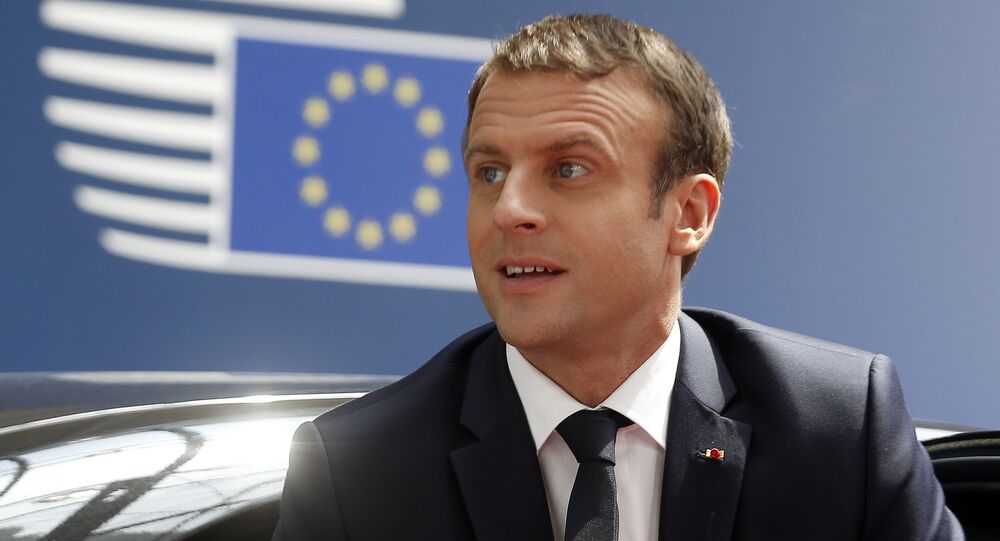 Macron: 'We Must Welcome Refugees Because It Is Our Tradition and Our Honor'

French President Emmanuel Macron said on Friday that Europe should welcome refugees because it is a European tradition and honor.

PARIS (Sputnik) — Europe should greet migrants, because it is a part of its traditions and a matter of honor, Macron said Friday.

"We talked about the migrant crisis. It is not a concern of several countries, it is our common challenge… And it demands our common decision," Macron said after his meeting with German Chancellor Angela Merkel on the sidelines of the EU leaders' summit in Brussels.

The French president added that the migrant crisis was a long-term challenge.

"We must welcome refugees because it is our tradition and our honor. The refugees are not just any migrants, not economic migrants. They are people who are fleeing their country for freedom because of the war or the political situation," Macron stressed.

© AP Photo / Bilal Hussein
Syria Safe Zones May Partly Settle Issue of Syrian Refugees in Lebanon
Since 2015, Europe has been experiencing the worst migration crisis in its history, struggling to accommodate hundreds of thousands of refugees and migrants fleeing hostilities in the Middle Eastern and North African countries. According to the latest data of the International Organization for Migration (IOM), updated earlier in the day, 2,108 migrants died in the Mediterranean while trying to cross the sea since January 2017, most of whom were en route to Italy. The number of migrants that had crossed the Mediterranean Sea to enter the European Union in 2017 is almost 84,000 people.
...
Reddit
Google+
Blogger
Pinterest
StumbleUpon
Telegram
WhatsApp
426
Topic:
Refugee and Migrant Crisis in Europe (162)