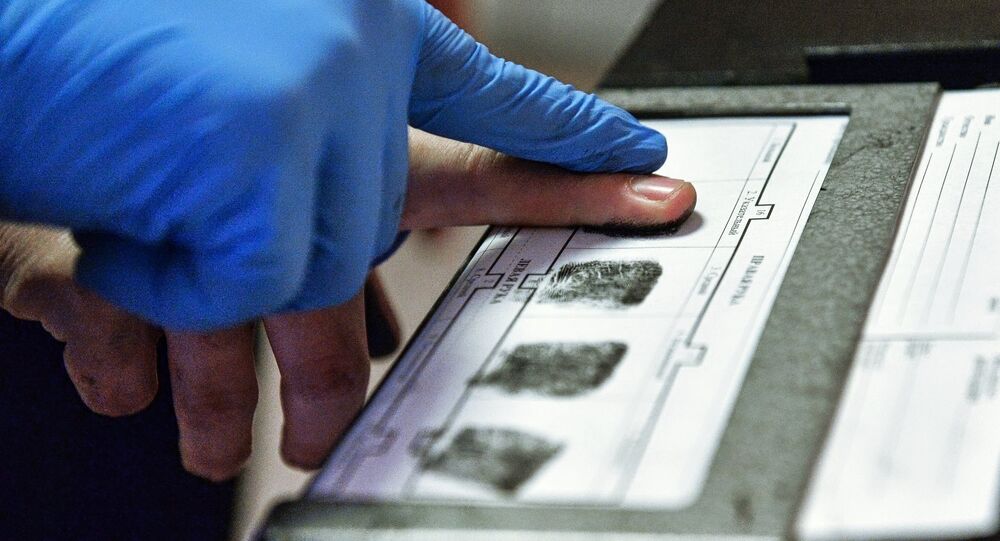 A new Swedish government decision paves the way for the Swedish police to strike a long-anticipated deal with their US counterparts to use each other's fingerprint databases when looking for suspects.

© REUTERS / Johan Nilsson
Sweden Startled by Hundreds of Gangs Lurking in 'No-Go Zones' It Denies
The background to the decision is that the US allows visa-free travel for Swedes, among other nationalities, and in exchange has requested to get access to and share police information between countries.

Sweden and the US agreed in principle in 2011 to share fingerprint information, but critics have expressed concern over privacy and it has been the topic of two separate government inquiries in Sweden.

Before, the Swedish police had to file a request with the US to gain access to fingerprints from the FBI's database in a process that could take several weeks. After the summer, however, police in both countries will be able to browse in each other's fingerprint registers in the event of crimes punishable with over a year in jail. Only Sweden's Left Party voted against the decision in parliament.

"This means that the US can access Sweden's entire fingerprint register for crimes that have a fairly short sentence in Sweden," Left legal spokesperson Linda Snecker told Swedish Radio.

© AFP 2020 / JONATHAN NACKSTRAND
From Hundreds to Thousands: Sweden Crawling With Daesh Sympathizers
According to Interior Minister Anders Ygeman, however, the agreement would be largely beneficial for both countries.

"I believe this is mutually beneficial because both Sweden and the US will be safer with us being able to find out who has been at a crime scene," Anders Ygeman told Swedish Radio.

According to Ygeman, the decision took so long to take, because the sharing of biometric information was long perceived as sensitive and needed good rules for exchange and protection.

The decision means that the US Federal Police will get access to Sweden's database of 165,000 fingerprints of suspects and convicted criminals, whereas the Nordic country will get access to the FBI's vast register of around 100 million.

Sweden already gained the ability to search for fingerprints and DNA material in a number of EU countries, which it has had since 2013.

© Photo : Youtube/Channel 4 News
Women and Children: A Closer Look at Sweden's Jihadists
In related issues, the Swedish government recently advocated for the police to be able to use surveillance cameras without having to apply for a license. Both Prime Minister Stefan Löfven and Justice Minister Morgan Johansson called for measures to facilitate surveillance.

Although initially restrictive towards CCTV at the beginning, Sweden has increased its use of cameras in the past years. The number of permanent surveillance cameras has risen from none to 120 in the last 5-10 years.

The government and the police are especially betting on cameras to weed out burgeoning crime in the Nordic country's most notorious suburbs.

Setback for Swedish Entrepreneur Trying to Cash In on 'Covfefe'