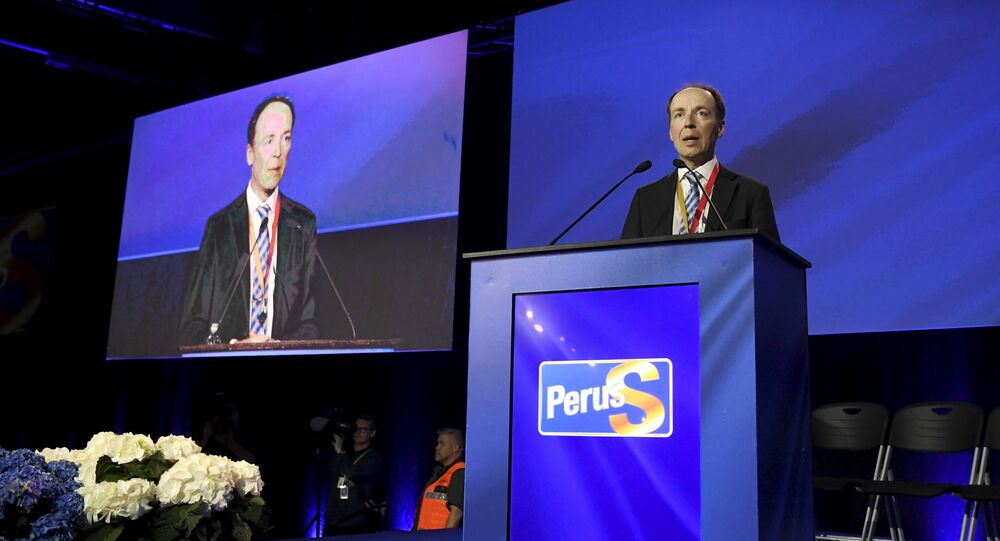 The right-wing populist Finns Party has been making a lot of noise in Finnish politics in recent years. Its latest feat, however, would be tough to match, as the Finnish government collapsed following a change of leadership in the Finns Party.

Following a collision with unbending Halla-aho, Prime Minister Juha Sipilä of the Center Party and Finance Minister Petteri Orpo of the National Coalition Party announced in identical tweets there was longer any common ground for cooperation with the Finns, who were previously their government allies.

According to Halla-aho himself, the coalition was dissolved due to irreconcilable differences over immigration issues. On his Facebook page, Halla-aho explained that he had wanted the government to abide by its policies agreed upon in 2015, when the Finns joined the government after years in opposition.

However, Prime Minister Sipilä refused to accept a stricter line on immigration politics, thus terminating the cooperation with the Finns.

© Photo : Pixabay
Can We Fixit? Finns Party Hopes to Lure Fleeing Voters With Eurozone Withdrawal
Reservations about accepting the Finns after the change of power were expressed before the break-up of the government. Halla-aho has been convicted of hate speech for disparaging comments he'd made about Islam and Somalis. Recently, Halla-aho refused to renounce his controversial statements, yet claimed his form of expression should be altered to better fit his increasingly public profile. Recently, however, he supported Hungary's model of keeping refugees in closed camps, venturing that the country's example should be followed across Europe.

Prime Minister Juha Sipilä admitted at a press conference that it was perfectly okay for governing coalition members to have differing values. By his own admission, however, the Center Party already had their base stretched to the extreme, and with a new helmsman the differences would inevitably paralyze the government's ability to function. Sipilä also said that Halla-aho's potential nominees for ministerial positions following a cabinet reshuffle did not inspire confidence.

"We want to conduct humane politics for the Finnish people, where everyone is respected equally," Orpo told Yle.

© Photo : Pixabay
Finnish Election: Murderers, Criminals and 'Black Hitler'
In Finland, 46-year old Halla-aho has been a controversial figure, to say the least. With a PhD in Old Church Slavonic from the University of Helsinki, Halla-aho emerged on Finland's political landscape owing to his blog, which provided insistent criticism of mass immigration, which he claimed to be leading Europe towards a catastrophe. Despite being an advocate of the welfare state, he nevertheless remains antagonistic to the concept of 'positive discrimination', where wealthy Finland would seek to let in migrants from alien cultures in the developing world. He is also known for ranking Islam among "totalitarian fascist ideologies" and receiving death threats for his columns. Halla-aho is also a member of Finnish Sisu, a patriotic nationalist organization defending Finnish values. In the 2000s, it came into the spotlight for publishing Muhammad cartoons.

The Finns Party, previously known as the True Finns, rose from obscurity in the late 2000s. The softening of their rhetoric allowed the party to enter government, yet also shooed away some of their most hardline voters. The party's support fell from a solid 17.7 percent in 2015 to only 8.8 percent in 2017, prompting its unchallenged leader and Foreign Minister Timo Soini to leave his post. Halla-aho, who bluntly pledged to remove Finland from the Eurozone and the EU, embodies the Finns' uncompromising wing. This allowed him to overcome the more moderate Sampo Terho, who was also touted as the tipped winner, in the battle for the party's leadership.

So far, only the minority Swedish People's Party and the Christian Democratic Party have indicated a willingness in new government coalition talks to replace the Finns.