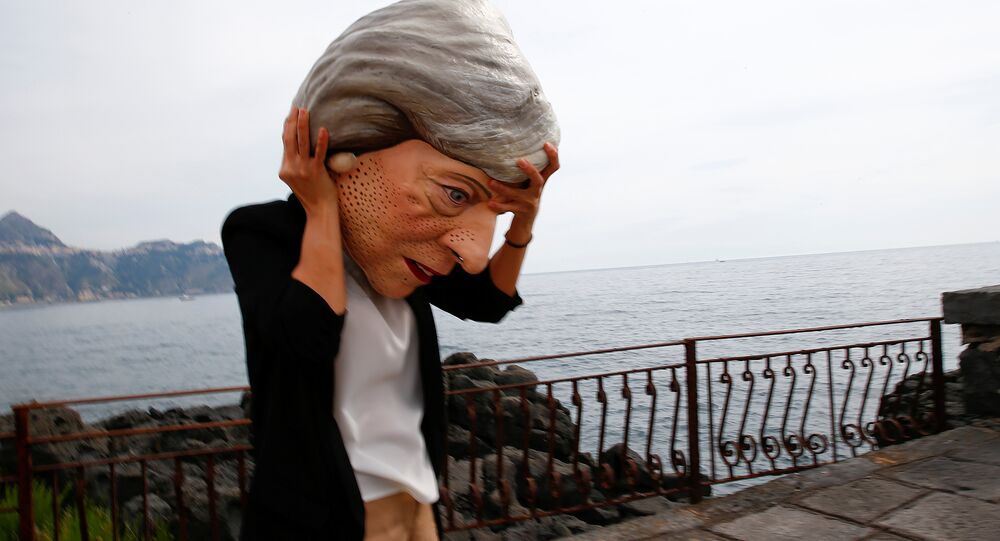 © AP Photo / Alastair Grant
Trump, Macron Congratulate UK’s May on Keeping Role After Election
LONDON (Sputnik) — Early parliamentary elections were held in the United Kingdom on Thursday. According to official results, the Conservative Party received 318 seats, the Labour Party came second with 262 seats, and the Scottish National Party is third with 35 seats. The Liberal Democrats won 12 seats and the Democratic Unionist Party (DUP) got 10 seats.

The election was called by UK Prime Minister Theresa May in order to unify the parliament ahead of the Brexit talks with Brussels.

"Yesterday [Friday], I resigned as the Prime Minister’s adviser… I take responsibility for my part in this election campaign, which was the oversight of our policy programme… In the meantime, I want to place on record my sorrow for the Conservative Members of Parliament who lost their seats, several of whom are close friends. I want to reaffirm my ongoing support for the Conservative Party and its principles," Timothy said in a statement.

Hill, in turn, said that serving in the government was a "pleasure" and that May would continue to serve as prime minister "brilliantly."