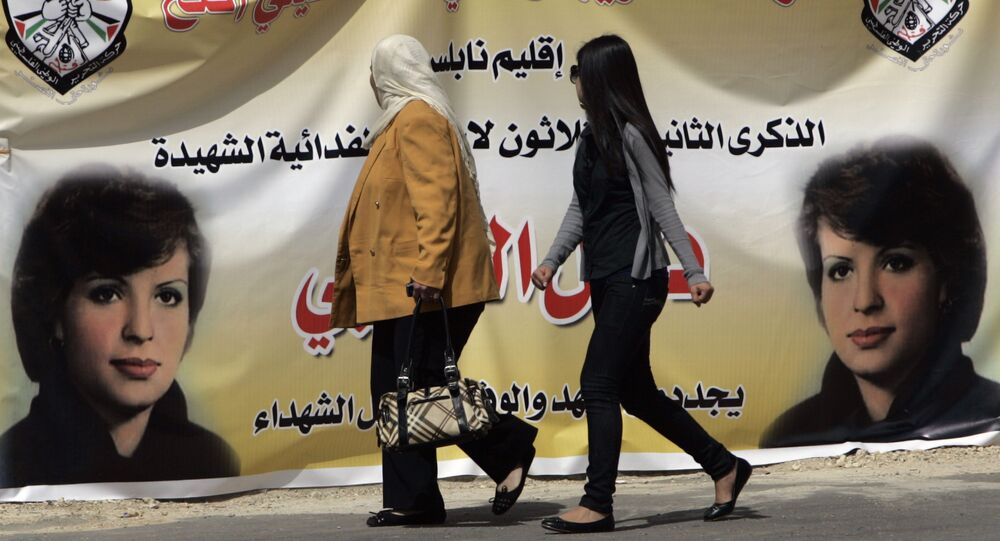 All the Nordic countries are established promoters of feminism across the globe. Recently, however, Denmark and Norway decided to withdraw their support from a Palestinian feminist non-governmental organization (NGO) over a much-debated women's center in the West Bank.

© AFP 2020 / DAVID EBENER / DPA
Progress Party Protects Norwegians’ Foreskins, Vexes Jews
The Women's Affairs Technical Committee (WATC), which is a Palestinian women's rights NGO and an avid recipient of Nordic assistance, has recently landed in the Scandinavians' spotlight after having inaugurated a youth center for girls in the town of Burqa. What roused its Nordic sponsors' ire is that the center was named after Dalal Mughrabi, a female terrorist who in 1978 murdered 38 civilians, including 12 children. WATC was also reported to have published an article promoting Mughrabi as a role model. Other notable contributors included UN Women (i.e., the United Nations Entity for Gender Equality and the Empowerment of Women).

Upon learning this, Norway issued a strong condemnation, with Norwegian Foreign Minister Børge Brende asking for the logo of the Norwegian representation office to be immediately removed. Consequently, Norway withdrew its support and demanded that the funding allocated to the center to be repaid.

"The glorification of terrorist attacks is completely unacceptable, and I deplore this decision in the strongest possible terms. Norway will not allow itself to be associated with institutions that take the names of terrorists in this way. We will not accept the use of Norwegian aid funding for such purposes," Børge Brende said in a statement.

© REUTERS / Jens Noergaard Larsen/Scanpix Denmark
Repeal of Danish Blasphemy Law Risks Inciting Ire Among Islamist Fanatics
Denmark was not at a loss for words either, calling it an "abuse of trust."

"I'm appalled that the WATC, which claims to work for human rights, has not only glorified a terrorist but also abused the trust of a generous people such as the Danes. It is totally unacceptable," Danish Foreign Minister Anders Samuelsen said, as quoted by the Danish newspaper BT. "Danish taxes must under no circumstances be used to promote terrorism, and that's why we will now insist that the WATC pays the Danish aid money back."

At the same time, the Danish Foreign Ministry ordered a review of the government's donations to Palestinian NGOs and will not approve any new funding until the probe is completed, following pressure from Israel.

"There must not be any suspicion that Danish aid is used for anything but peaceable and edifying purposes. That's what Danish taxpayers have a right to, and that is why we're taking firm and quick action," Samuelsen explained.

© REUTERS / Anders Wiklund/TT News Agency
Laid Back Sweden Has No Qualms With Qatar Building Mega-Mosques
The WATC was founded in 1992 to promote the rights of Palestinian women. In 2013, its total income was about $909,000. The NGO has not released any financial information since 2013, however, according to information released by donors it has received grants from the EU and Sweden's Diakonia, which is a "faith-based" development organization, claiming to promote human rights, democracy, social and economic justice and gender equality and justice.

Dalal Mughrabi was a Palestinian militant and member of the Fatah faction of the Palestine Liberation Organization (PLO). In 1978, she participated in the Coastal Road massacre, which involved a bus hijacking and the killing of 38 Israeli civilians, including 13 children, wounding 71. Mughrabi was killed alongside eight other militants and has since been hailed as a martyr and a national hero in Palestine, while seen as a terrorist in Israel and many other countries.

Following Norway, @UN has pulled its support from a #Palestinian women’s center named after a notorious terrorist https://t.co/QP6hDb3k4x pic.twitter.com/W5ry512whK

New Kids on the Block? Norwegian Tycoon and Freemason About to Start New Party