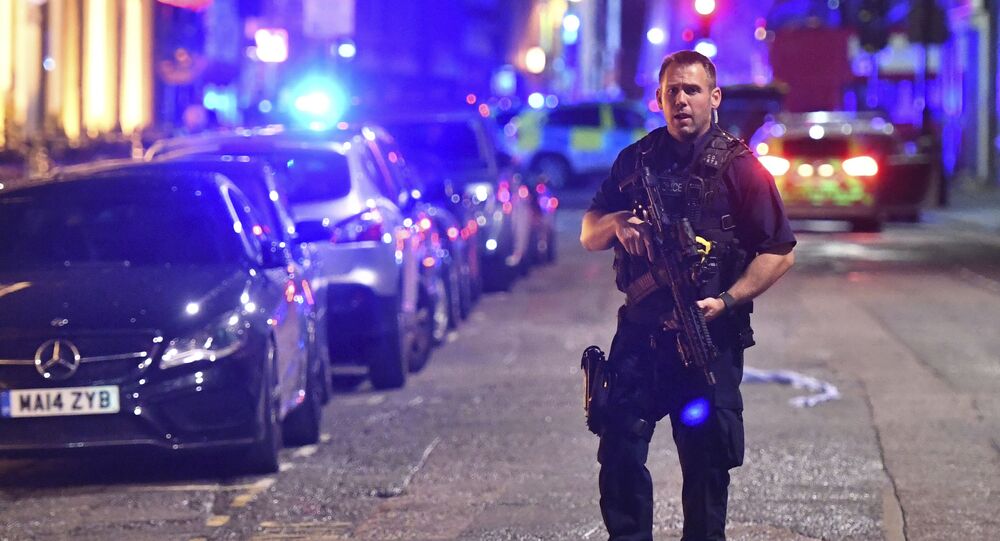 The general election, which are due to take place on Thursday, will not be postponed despite the terror attacks, London Mayor Sadiq Khan said Sunday.

MOSCOW (Sputnik) — On Saturday, at 10:08 p.m. local time (21:08 GMT), a vehicle struck pedestrians on London Bridge. The vehicle with three suspects continued to drive from London Bridge to Borough Market, after which the suspects left the vehicle and carried out a stabbing attack at the market. The attackers were confronted by the police and shot dead within minutes.

"Londoners will see an increased police presence today and over the next few days, some of it armed officers," the mayor added.