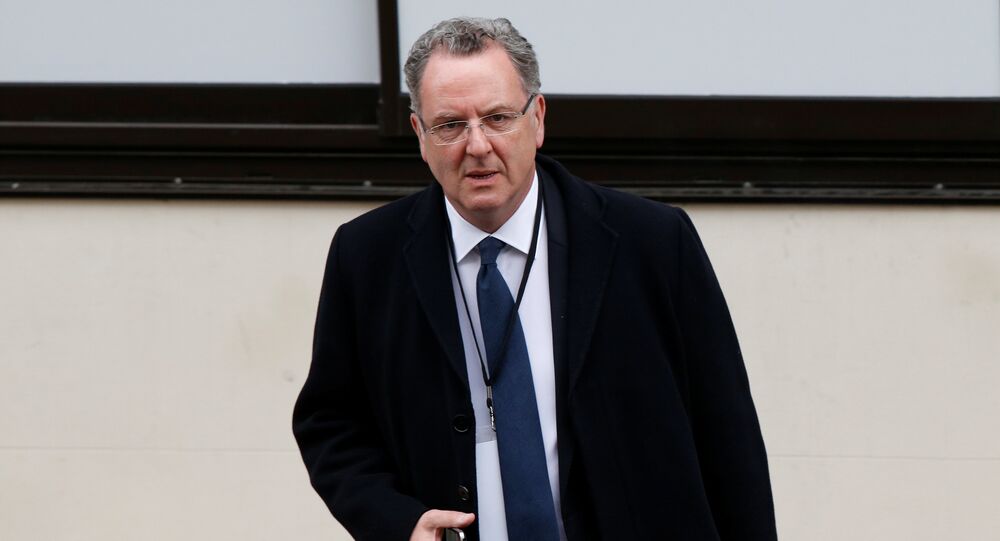 President Emmanuel Macron’s effort to clean up French politics suffered an early hiccup when his Social Cohesion Minister, Richard Ferrand, faced calls to resign over a dubious property deal allegedly struck to enrich his near and dear.

The paper also claimed that Richard Ferrand had hired his son as a parliamentary aide for a gross salary of 8,704 euros for a “few months.”

The revelations fly in the face of President Macron’s campaign for the “moralization” of politics that would forbid politicians from hiring family members.

Previously, Le Canard Enchaine reporting was at the root of a major scandal surrounding conservative presidential candidate Francois Fillon. Based on the newspaper’s disclosures, prosecutors started investigating allegations that Fillon’s family had benefited from taxpayer-funded jobs they never did.

Even though the contracts signed by Ferrand and Fillon are nominally legal, both raise questions about their ethical nature. Still, while the probe into Fillon’s wrongdoing ruined his political career, the attempts to bring Ferrand to account come when Macron is already President.

What makes the situation particularly embarrassing for Ferrand is that he was an initiator of a draft law on “moralization of political life” which specifically rules out exactly what he now is being accused of.

President Macron, who based his election campaign on criticizing Fillon, and who lashed out against the practice of MPs hiring their relatives, was foursquare behind the “moralization” drive.

© REUTERS / Benoit Tessier
French Media Requested to Submit Articles on Fillon's Wife in Fake Job Probe
In an interview with Sputnik France, Regis de Castelnau, a lawyer and a member of the Legion of Honor, said that in addition to having earned 600,000 euros for his family through a shady deal, Richard Ferrand arranged to be paid a monthly salary of 1,250 euros as a consultant for a period of four year even after he quit his executive position at Mutuelles de Bretagne insurance company.

Alexandre Roux, a Republican Party secretaryt in Isere, complained about the unequal coverage the Ferrand and Fillon cases got in the media.

”Why aren’t they treating Ferrand the way they did Fillon? All our media was up in arms against Fillon. As I see it, the presumption of innocence simply didn’t’ work in Fillon’s case, but as soon as Ferrand’s case came up, everyone started saying that everyone is innocent until proven guilty by a counrt of law,” Alexandre Roux said.

Meanwhile, politicians both on the left and right insist on Ferrand’s resignation, with Socialist leader Jean-Christophe Cambadelis and National Front leader Marine Le Pen both saying that Ferrand should step down.

It still looks unlikely that President Macron will dismiss his Cohesion Minister any time soon, at least before the upcoming parliamentary elections.

Campaigners Slam Theresa May Over 'Backward Step' on Corruption