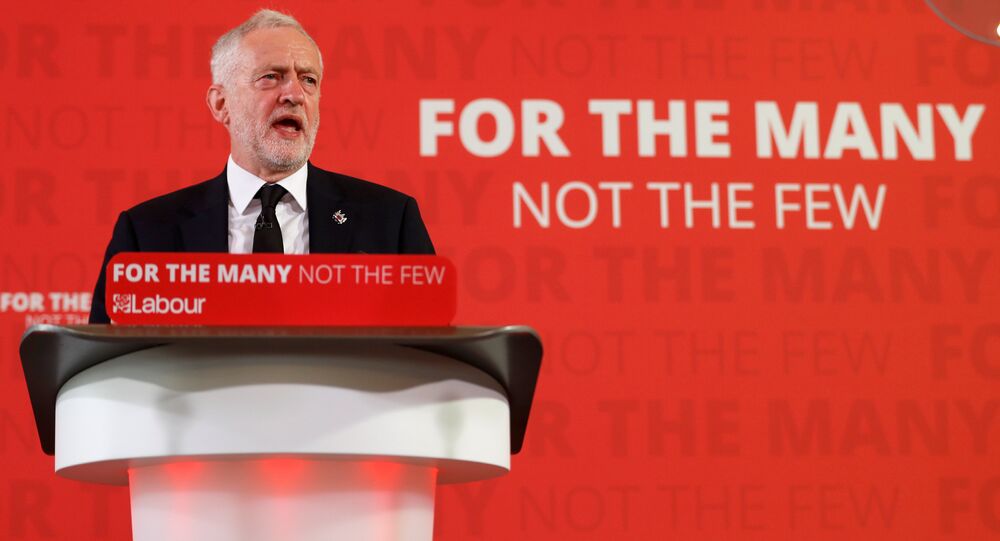 The leader of the British Labour Party, Jeremy Corbyn, has taken the controversial step of blaming Britain's overseas wars, particularly in the Middle East, for terrorist attacks on British soil such as the Manchester suicide bombing.

Mr. Corbyn proclaimed that there is a indelible link between "wars out government has supported, or has fought in other countries, and terrorism here at home." The Labour leader made the comments as he relaunched his party's election campaign on Friday, May 26, after a three-day pause following the May 22 terrorist atrocity in Manchester.

@jeremycorbyn 👏👏👏👏👏 Finnaly someone with the cojones to say it straight. Get ready for the Murdoch-backed onslaught. We are with you. #GE2017

Corbyn emphasized that such views are not exclusive or unique to him or supporters in his party, but in fact they are opinions held by former and active members of the British intelligence and security services. He was however, quick to hedge his argument by saying that the UK's foreign policy record "in no way reduces the guilt of those who attack our children," and that "those terrorists will forever be reviled and held to account for their action."

In part of his speech, the aspiring Labour candidate for prime minister said that the party under his leadership vows to "change at home and change abroad."

"An informed understanding of the causes of terrorism is an essential part of an effective response that will protect the security of our people, that fights rather than fuels terrorism," Corbyn added.

Mr. Corbyn also took the opportunity to voice his long running opposing to the so-called war on terror.

"We must be brave enough to admit the 'war on terror' is simply not working. We need a smarter way to reduce the threat from countries that nurture terrorists and generate terrorism."

Some have criticized why they argue is the fatalistic and submissive position inherent in some of Corbyn's comments, which his detractors will likely seize upon as evidence that he is not tough or resolute enough to be prime minister. One of those comments was that, "no government can prevent every terrorist attack. If an individual is determined enough and callous enough sometimes they will get through."

Before his election as Labour leader in 2015, Corbyn was a vociferous opponent of the US-UK conflicts in Afghanistan, Iraq, Libya and the airstrike campaigns being waged against Daesh in Syria and Iraq.

Mr. Corbyn sings to the same chorus of criticism as some officials from intelligence and security circles in the UK. For example, at the Iraq inquiry in 2010, the former head of MI5, Baroness Manningham-Buller, said that the invasion had "substantially" increased the terrorist threat to the UK by proving the stimuli for radicalizing young people.

Corbyn's comments come at a time when new information about the UK's policy toward the Libya 2011 uprising has became available.

It has been alleged that the UK government operated an "open door policy" that facilitated the sending of Libyan exiles in Britain and British-Libyans to the war-torn country to fight with the anti-Gaddafi factions. Several fighters have spoken to the press about how they were able to travel to Libya with "no questions asked." Some of those allowed to go had reportedly been subject to counterterrorism control orders and house arrest before being allowed to go by British authorities.