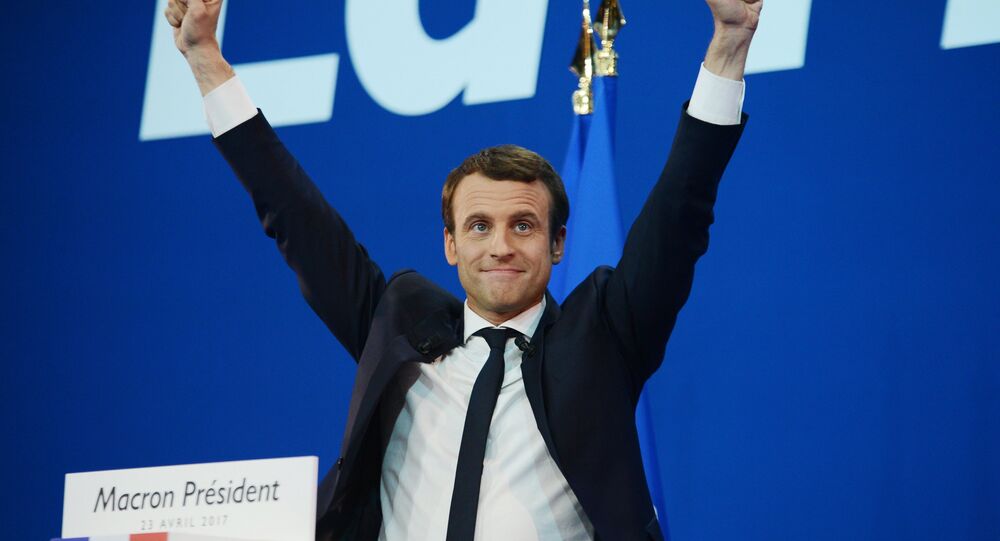 Emmanuel Macron is leading the Sunday French presidential election with 63.69% percent of votes.

According to earlier results, Macron was leading with 61.7 percent of votes, after 50 percent of ballots counted.

"So far more than 19 million votes have been counted, which is about about 50 percent. The results are as follows: Mr. Emmanuel Macron got 9.8 million votes, or 61.7 percent, Mme. Marine Le Pen got 6 million votes or 38.3 percent. The victory of Mr. Macron is obvious," French Interior Minister Mattias Fekl said earlier.

The final results would be announced and approved by the French Constitutional Council in the middle of the next week, he added.

The polling stations opened in France at 8 a.m. local time on Sunday. In the second round of the vote, two candidates face each other: independent Emmanuel Macron, the leader of "En Marche!" movement, who got 24 percent of the votes in the first round, and right-wing Marine Le Pen, who came second with 21 percent of the votes.