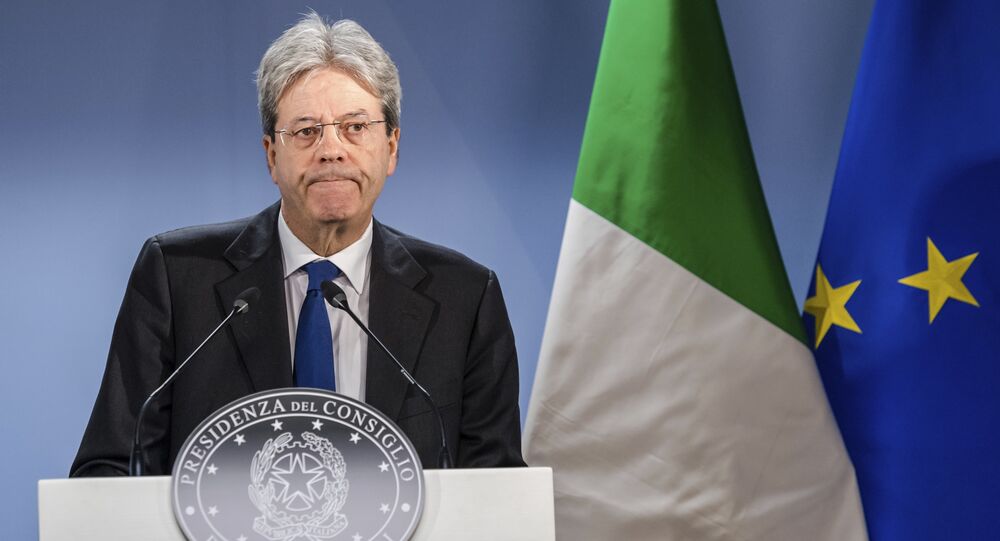 Italian Prime Minister Paolo Gentiloni said that Italy will support the renewal of European sanctions against Russia if the European Union decides to do so this summer.

© REUTERS / Alessandro Bianchi/File Photo
Backfire: Sanctions Against Russia Cost Italy Up to $4.3Bln – Italian MP
MOSCOW (Sputnik) – Italy will support the renewal of European sanctions against Russia if the European Union decides to do so this summer, Italian Prime Minister Paolo Gentiloni said in an interview.

"With Russia, [Europe needs] to maintain our unity. It is not always easy for us, because our economy and the German economy were the most affected by these sanctions against Russia," Gentiloni told The Washington Post.

Asked whether Italy would vote to renew anti-Russia sanctions in July, the Italian prime minister stressed that Europe needs to stay united.

"We will maintain a common decision and not disrupt our unity. We have to show, if needed, that we are not weak," Gentiloni said.

According to the prime minister, Italy wants to stay in the European Union but the bloc needs to change its policies on refugees and the economy, in particular, to give up its "anti-growth" economic policies.

At the Yalta International Economic Forum (YIEF) this week, Italian lawmaker and member of the Italian delegation of businessmen and politicians Stefano Valdegamberi said that the Italian business community wants Russia to be an equal partner in the European economic cooperation.

Valdegamberi called for the lifting of sanctions imposed against Russia over Crimea’s reunification with Russia and Moscow’s alleged meddling in the conflict in Ukraine’s southeast, stressing that the restrictive measures benefit no one.

Italian Companies to Continue Investing in Russian Economy Despite Sanctions