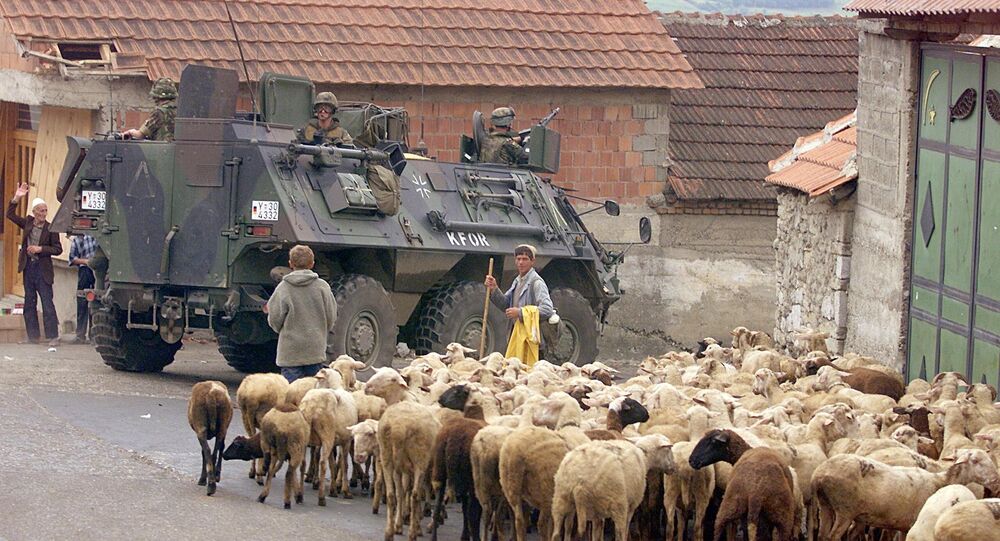 Why Are German Troops Pulling Out of Kosovo Now, After 20 Years?

Less than a month after the Dutch contribution to the Kosovo Force (KFOR) came to an end, Germany says its military presence in the self-proclaimed republic will wrap up before the end of next year. Only a limited number of officers will stay on to train the future “Kosovo Army.”

© AP Photo /
Kosovo Leader Halts Bill Creating Fully-Fledged Army – Reports
When asked by Sputnik why Germany, one of the five NATO countries which make up the bulk of the multinational Kosovo Force, decided to pull out, Serbian military expert Andrej Mlakar said that, first, Germany, along with the US, are against the proposed creation of a Kosovo army, and argue that the Kosovo Security Force (KSF) stationed in the country is enough.

“The second reason is that the German armed forces are now focusing on fighting terrorism, preventing the threats stemming from the influx of refugees and also on containing Russia in the wake of the so-called ‘annexation of Crimea,’” Andrej Mlakar said.

He also mentioned the sizeable military contingent Germany had earlier sent to Lithuania and Estonia, and another one it was now going to deploy in Poland.

“Moreover, with all the talk about the creation of the pan-European Army Berlin is holding out for, it looks like Kosovo has been dropped from the list of German priorities,” Mlakar noted.

Part of the facilities currently used by the German contingent in Kosovo will be used to train members of the so-called Kosovo Security Force, which are not recognized by Serbia as a legitimate military force in the region.

By 2007 their number had dropped to 16,000. At present, there are an estimated 4,600 troops from 31 countries still deployed in Kosovo, which almost equals the size of the Kosovo Security Force.

In 2002, NATO started scaling back its Balkan peacekeeping missions after a review found that security and stability in the war-scarred region had improved.

© AFP 2020 / GENT SHKULLAKU
Unit of Threat: Albania Blackmails EU, Threatens to Unite With Kosovo
However, when, two years later, local Albanian extremists in Kosovo went on a rampage razing 800 houses owned by Serbs, torching dozens of Christian Orthodox churches and sending tens of thousands of local Serbs fleeing for their lives, the 10,000-strong KFOR contingent did little to stop this.

In some cases, the peacekeepers just watched the rampage from their bases, located just meters away.

In 2004, Der Spiegel published an article, which said that the German peacekeepers did nothing to prevent the pogrom of a 14th century Orthodox monastery near Prizren. All they did was moving out the monks and a couple of visitors, leaving the cultural and religious monument to the mercy of the rampaging ethnic Albanian vandals.

After the March 2004 pogroms, NATO decided not to scale down its military presence in Kosovo. However, the reduction of the KFOR contingent resumed in 2010.

NATO has approximately 4,500 troops stationed in Kosovo, which unilaterally proclaimed independence in 2008 and is recognized by over 100 UN member states. Serbia, as well as Russia, China, Israel, Iran, Spain, Greece and other countries, do not recognize Kosovo's independence.