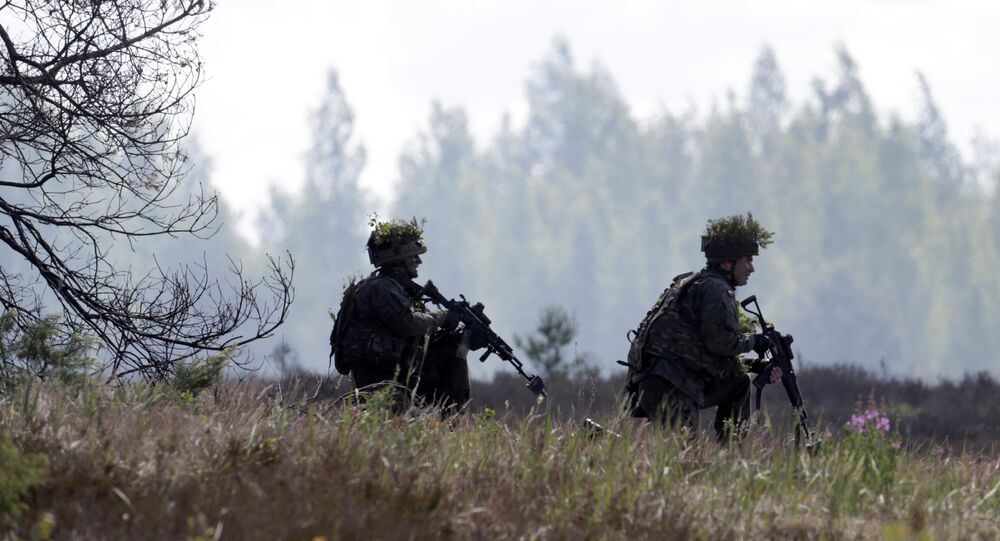 International NATO Drills to Kick Off in Latvia on Monday

International NATO drills kick off on Monday in Latvia, the Headquarters of the Estonian Defense Forces said in a statement.

NATO's Summer Shield Drills: Baltic Battleground
TALLINN (Sputnik) — Over 200 Estonian troops will take part in international NATO exercise that will begin on Monday in Latvia, the Headquarters of the Estonian Defense Forces said in a statement.

"Over 200 Estonian troops will participate in NATO Summer Shield drills that will take place in Latvian Adazi training area on April 17-30," the statement said.

According to the statement, over 1,200 troops from Latvia, Lithuania, Estonia, the United States, Canada, the United Kingdom, Luxembourg, Bulgaria, Romania, Slovakia, Germany and Sweden will take part in the exercise.