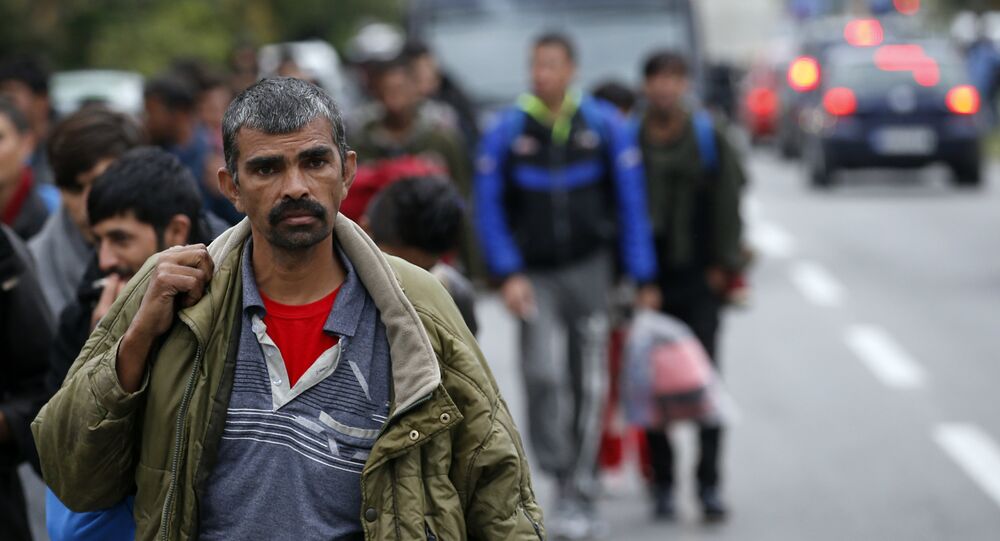 The Czech Republic has so far accepted only 12 refugees under the European Union’s refugee relocation system and should not accept more people under the program despite the looming threat of sanctions, Czech Interior Minister Milan Chovanec said Saturday.

© REUTERS / Refugee Action Coalition/Handout via Reuters
Watchdog Urges Relocation of Refugees From Manus Island After Shooting Spree
PRAGUE (Sputnik) — The Czech Republic, alongside Poland, Slovakia and Hungary, has been reluctant to accommodate refugees from Italy and Greece under EU relocation quotas despite calls from Brussels to pull their weight.

"The ongoing security checking of remaining refugees showed that [we] no longer can accept anyone," Chovanec said, as quoted by the Parlamentni Listy newspaper.

The security checking of refugees has been obstructed by a number of difficulties and sometimes can take up to several months as refugees tend to leave the camps in Greece and Italy, the minister added.

"The Czech government has to make a final decision on whether [finalization of accepting refugees] should be done at the expense of sanctions. I am in favor of it. We can not let people in here without control," Chovanec said.

In March, Chovanec rejected Austria’s proposal to punish EU members who refuse to take in refugees with subsidy cuts, calling it divisive.

Europe is currently experiencing a dire migration and refugee crisis, and struggles to accommodate hundreds of thousands of migrants attempting to enter wealthy EU member states through various routes, including via Turkey, Italy and Greece.

According to the latest data of the International Organization for Migration (IOM), a total of 33,054 migrants and refugees arrived in Europe in 2017 alone, with the EU border agency Frontex stating that a total of 503,700 people crossed the EU border in 2016, compared to over 1.83 million illegal border crossings in 2015.