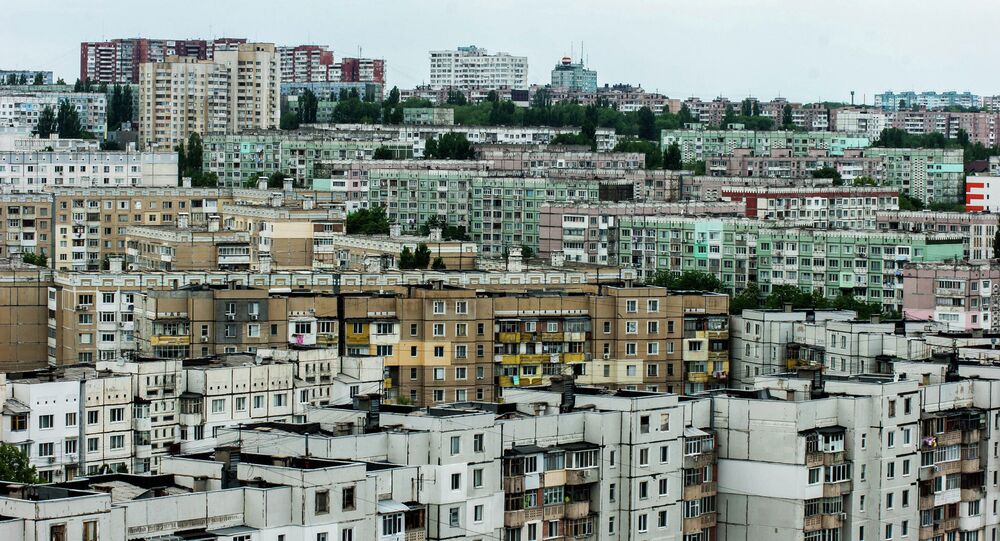 © Sputnik / Alexei Danichev
EAEU Integration Allows Members to Avoid Global Economic Risks - Putin
BISHKEK (Sputnik) — Earlier in the day, Russian President Vladimir Putin arrived in the capital of Kyrgyzstan, Bishkek, to take part in the meeting of the heads of state of the Collective Security Treaty Organization (CSTO) members, as well as a summit of the EAEU Supreme Eurasian Economic Council.

According to Atambayev, the Council will present the order to implement the Moldovan observer status at the next meeting.

The EAEU, comprising Russia, Armenia, Belarus, Kazakhstan and Kyrgyzstan, is an international organization that encourages regional economic integration through the free movement of goods, services, and people within the union.

In March, Moldovan President Igor Dodon signed a memorandum of cooperation with the EAEU. During the talks with Putin in January, Dodon expressed interest in Moldova participating in the EAEU as an observer. He stressed that Moldovan-EU Association Agreement had failed to meet the expectations and led to the loss of the country's share on the Russian market and the drop in exports volume to the European Union.