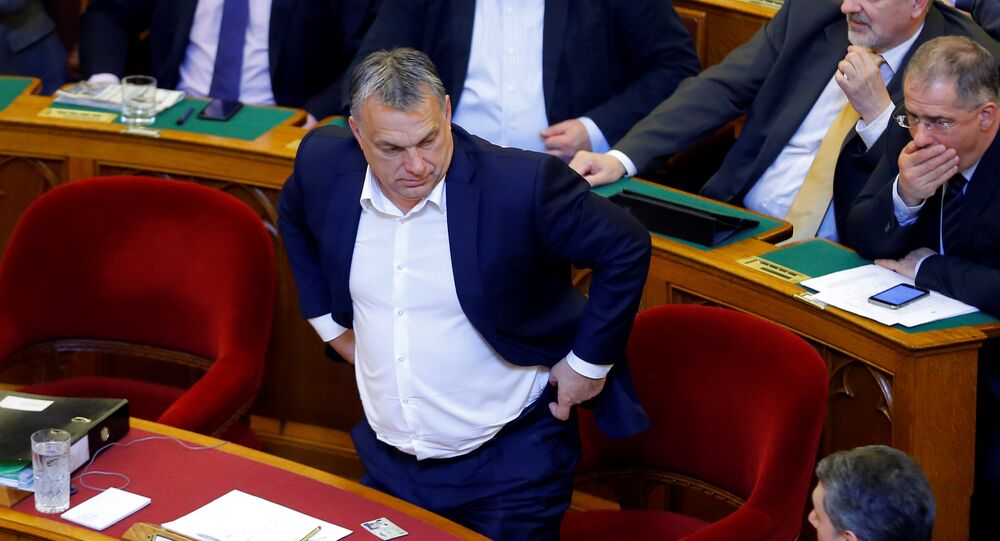 MEPs have slammed Hungary for being "undemocratic" after the country passed a series of laws which curb academic freedom which some describe as an "act of political vengeance" in "another step towards unbridled authoritarianism" which politicians say is "destroying Hungarian democracy".

MEPs have hit out after the Hungarian government — led by Prime Minister Viktor Orban — passed a series of laws that could force the internationally recognized Central European University (CEU) out of the country and has also begun a national consultation against alleged EU policies.

There was also an outcry after the Budapest government decreed that Hungarian NGOs that receive US$25,000 from foreign sources should have to register with the authorities and represent themselves to the public as foreign-funded organizations.

The new law states that all civil organizations and foundations must register with authorities within 15 days of meeting the annual threshold and must itemize each such transaction for the authorities.

"After the attack on the media autonomy, now Orban is trying to silence another outstanding symbol of the freedom of thought and expression in Hungary: The Central European University. This is completely unacceptable and reinforces our concerns over the decline of democracy in Hungary under Orban," said Socialists and Democrats (S&D) Group president Gianni Pittella.

Thousands showed up to support CEU and Academic Freedom in Hungary! #IstandwithCEU pic.twitter.com/aPUDk44cDD

"Is the current democratic level acceptable for a full member of the European Union? Are Orban and the current Hungarian leadership respectful of EU's democratic principles and the rule of law?

"It is an outrage that Fidesz [Orban's political party] and Orban are still members of the European People's Party family. I wonder what else should happen in Hungary before someone in the EPP wakes up and finds the courage to finally say something over the worrying situation in Hungary.

"The proposed legislation — if adopted — would make it impossible for the University to continue its operations in Budapest. With this blatant attack on an independent institution of higher education, Orban proves once again that his aim is just to get rid of his political enemies. Every piece of legislation that is targeted and discriminatory must be immediately withdrawn," Pittella said.

"We stand with all the Hungarian citizens that marched this weekend in Budapest to oppose their Government's illiberal crackdown on the Central European University," said Guy Verhofstadt, Liberals and Democrats (ALDE) Group leader.

The @Europarl_EN should invite @M_Ignatieff after Orbàn's coup against one of the best EU universities. Serious blow to academic freedom. pic.twitter.com/0LsD8VIfMH

"After weakening the Constitutional Court, limiting freedom of the media and harassing civil society, the Hungarian Prime Minister Viktor Orban is now attacking the centerpiece of academic excellence in Hungary: the CEU. Orban is a threat to liberal democracy. We must take action," he said.

The row comes on that back of MEPs slamming Hungary after its National Parliament approved a new piece of legislation that will enable the automatic detention of all asylum seekers in container camps on the southern borders of the country, accusing it of breaking EU law.