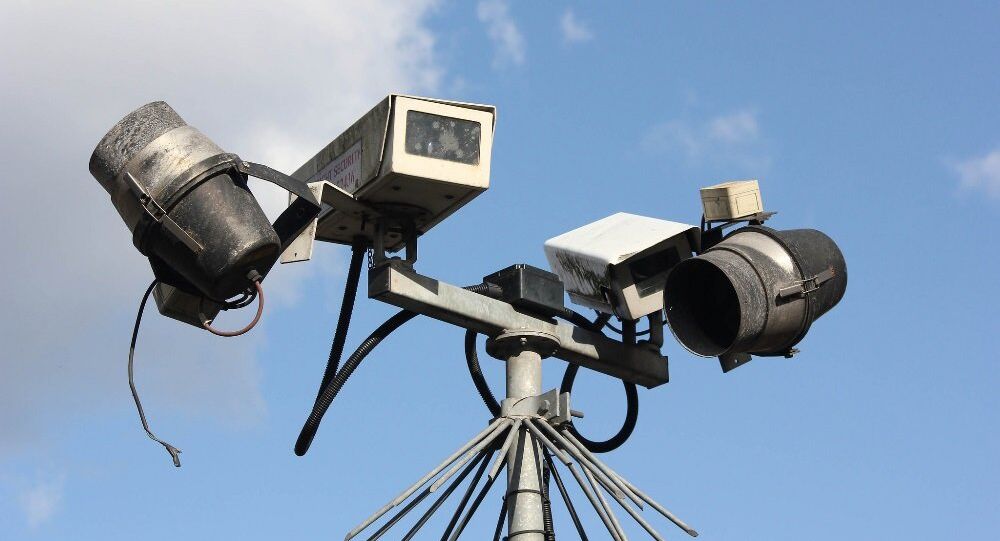 Detecting guns even in a low- quality video has now become an easier task with the help of special machine-learning software, developed by a team of researchers in Spain. Radio Sputnik discussed the issue with University of Granada expert, Dr. Siham Tabik.

The software is capable of recognizing a gun from even low-quality YouTube footage in just under a quarter second making it essential in preventing possible crimes.

The program works with the help of convolutional neural networks that are also used in human facial recognition software.

Its authors suggest installing it into surveillance and control cameras.

© Photo : Wikipedia/Clemensfranz
Norway Forks Up for Border Fences and Surveillance Cameras
“Our system needs just three components: a simple camera, a processor and our new method. Using one or more cameras it can analyze the obtained images and detect the presence of a handgun,” said Siham Tabik, who is a researcher and member of the Soft Computing and Intelligent Information Systems research group at the University of Granada.

However, to improve the efficiency of the gun-detecting feature, it is necessary to have a huge database of firearms.

“The algorithm just needs to look at a whole bunch of images of handguns in a variety of settings and it will eventually learn the visual features that make a handgun a handgun, or at least enough of those features to identify a handgun," Tabik noted.

When asked how the system is able to tell a real weapon from, say, a toy gun, she said that it sifts through thousands of images of real guns uploaded in its digital memory and automatically distinguishes between real weapons and their harmless lookalikes.

“Once we have all these images [of existing real guns] in our system’s memory we can use them to detect a real gun in real time,” Siham Tabik said.

"Once the system detects a gun it sends an alarm to the security agencies,” she added.

Speaking about what is now being done to enhance the system’s efficiency, Siham Tabik said that they were testing it on action movies of the 1990s and that the system’s ability to identify different types of weapons is quite good.

© AFP 2020 / Kenzo Tribouillard
CCTV Images of No. 1 Fugitive Suspect Sought in Paris Attacks Released
“We have almost 90 percent accuracy here. We are also trying to extend our detection capability to other types of handguns, even [fake] ones,” Tabik continued.

She added that apart from its main role of monitoring specifically designated areas, the system could also be used to keep an eye on violent scenes and upload the obtained videos to social media such as Facebook and others.

Have you heard the news? Sign up to our Telergram channel and we'll keep you up to speed!