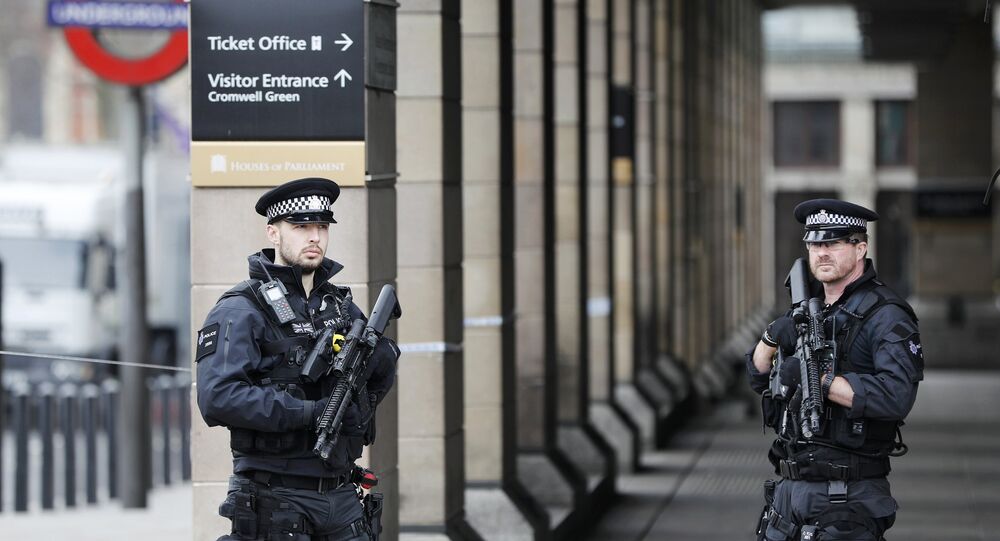 The major reason why the police and security services response to the Westminster attacks, March 22, was so fast was because of lessons learned over the years from the 7/7 bombings of 2005 as well as years of dealing with the threat from the IRA, which targeted the UK for decades.

Britain has been on the highest level of terrorist warning — classed by the security service MI5 as 'severe' — since 2014, meaning that an attack is "highly likely", which has meant that across all UK airports and ports and in its major cities — especially London — security levels are high.

© REUTERS / Toby Melville
Injured people are assisted after an incident on Westminster Bridge in London, Britain.

The Westminster attacker was able to drive his car across Westminster Bridge, mowing down dozens, simply because the bridge is a major road within London, which straddles the Thames.

Like any other road in Britain, it is open to traffic and susceptible to an attack similar to those that took place in Nice and Berlin in 2016.

© AP Photo / Stefan Rousseau
A policeman points a gun at a man on the floor as emergency services attend the scene outside the Palace of Westminster, London, Wednesday, March 22, 2017.

The pedestrians' vulnerability was a balancing act the security services have to take, weighing up freedom to roam, with the need for security.

In Westminster, the entrance the attacker went through is a common entrance staffed by two unarmed policemen. In the UK, the general rule is that the police are not armed. It is a cultural issue, supported by the police unions, who believe that a totally armed police service would encourage increased use of firearms.

However, in the highly protected Palace of Westminster, there are many armed police and the attacker was shot dead within meters of the gate. The security system worked and parliament was protected, albeit with the tragic loss of a policeman's life.

London's resilience is built on previous major incidents — most recently the 7/7 bombings of 2005 which saw a series of bomb attacks across London in the space of 45 minutes. On July 7, 2005, the police Casualty Bureau phone line received many more calls in the first 24 hours than in any previous emergency. At its peak it received 43,000 attempted calls an hour and over the whole incident received details of 7,823 persons believed missing.

In the moments after the bombs went off, the emergency services were faced with multiple false calls — as happened in Westminster, March 22. Most false calls are innocent — the result of panic, misinformation or simple hearing the same 'bang', but from a different direction.

© AP Photo / Matt Dunham
Britain's Prime Minister David Cameron, second from left, and London Mayor Boris Johnson, fourth from left, stand beside senior representatives from the ambulance, left, fire, third left, and police services as they wait to lay wreaths at the 7/7 memorial in Hyde Park in London, Tuesday, July 7, 2015.
Since 7/7, when communications difficulties meant that there was confusion between the blue light services, the London emergency services share common radio systems. That has led to faster and clearer communications between all the emergency services.

The area around Westminster has hundreds of CCTV cameras, making it one of the most watched areas in Britain, meaning the security services were quick to react and kill the attacker. Following 7/7, there are regular rehearsals for terrorist attacks and the major incident plan was invoked quickly and smoothly, March 22.

The fact that the emergency and security services had the situation in Westminster under total control within half an hour of the attacks — a total lockdown on parliament and surrounding buildings — is a sign that lessons were learned from their response to 7/7.

Finally, the strategic control of the incident and its aftermath was dictated at the highest level through a COBRA meeting (Cabinet Office Briefing Room A), chaired by the prime minister with the Metropolitan Police Commissioner, MI5, MI6, GCHQ, the Foreign Office, Home office, Mayor of London and other top level staff.

They will — over the coming days — steer the investigation into the atrocity of March 22, yet balance the need for vigilance and increased security, against the freedom of citizens to use the capital city, which is no stranger to terrorism and bombings, going back to the Second World War.

"The threat level to the UK has been set at 'severe' — meaning an attack is highly likely — for some time.This is the second highest threat level. The highest level 'critical' means there is specific intelligence that an attack is imminent," Mrs. May told the House of Commons, March 23.

"As there is no such intelligence, the independent Joint Terrorism Analysis Center has decided that the threat level will not change in the light of yesterday's attack," she said, in a sign that the security services have got their man and do not expect another associated attack, but remain vigilant for the next.