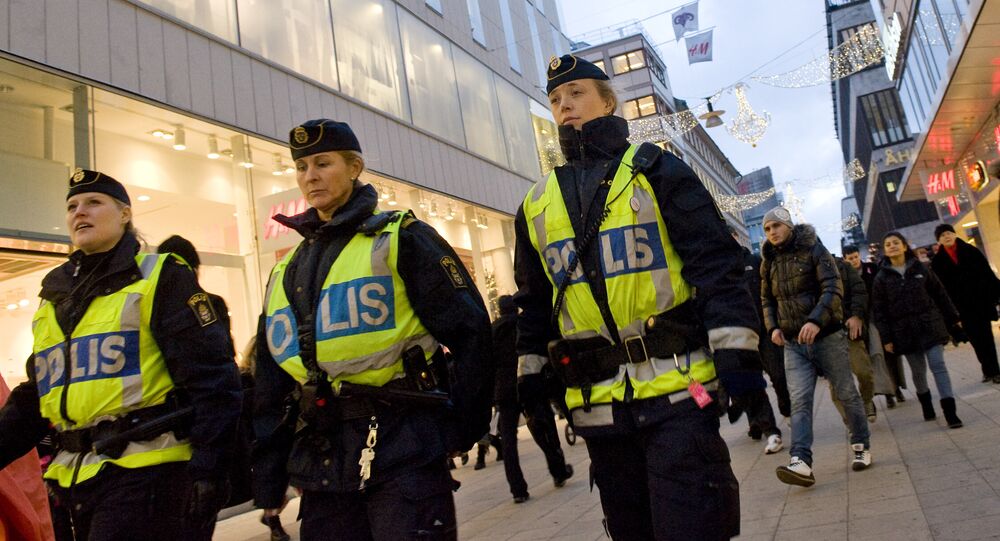 Around 150 terrorists who fought for Daesh in the Middle East have returned to Sweden and reportedly move freely in Swedish society. Amid a lack of decisive action from authorities, Swedish municipalities are now asking for an opportunity to "work" with Daesh defectors to prevent any more harm.

© Photo : Kristian Pohl / Regeringskansliet
Sweden's Plan to Channel Daesh Defectors Back Into Society Backfires
Today, Swedish municipalities have no track of Daesh returnees. The Swedish Security Service (SÄPO) is the only authority that collects data on departing and returning terrorists, yet it won't share their confidential information with other bodies. The Swedish municipalities admittedly would like to prevent the returnees from returning to a radical environment, yet are left fumbling their way in the dark.

"Sometimes we encounter pictures of our residents posing with Kalashnikov rifles and Daesh flags in the media," social worker Betty Byvald from Gothenburg's most nefarious ghetto Angered told Swedish national broadcaster SVT, admitting that their whereabouts often bathe in obscurity.

Anger produced arguably the largest number of jihadists, colloquially dubbed "foreign warriors." From Gothenburg alone, about 80 people were estimated to have joined Daesh, the world's most cruel terrorist organization. Of those, at least 20 are estimated to have returned; however, the municipality is still struggling with their identification. Today, these people move freely and do not face any prosecution.

"We only get to know them via tips from friends or relatives, or through the press," Betty Byvald told SVT.

© Sputnik / Vladimir Pesnya
Bigwig Daesh Recruiter Still on the Loose in Sweden After 15 Years
Last week, SÄPO's annual report identified the returning "foreign fighters" as the biggest security threat to Sweden. Accordingly, Daesh was reported to no longer urge its followers to go to the so-called "Caliphate" in the Middle East, but instead carry out terrorist attacks in their home countries.

"Sweden is fairly unique because we stand out as one of the countries that exported the leaders behind major terrorist attacks in Europe. There are no Danes, Norwegians and Germans in the worst terrorist attacks we have seen in Europe in recent years linked to Daesh," terrorism researcher Magnus Ranstorp of the Swedish Defense College said.

Two Swedish residents were previously linked to terrorist attacks in Europe. Osama Krayem from Malmö is suspected of having participated in the terrorist attack in Brussels, whereas Mohamed Belkaid from Märsta is suspected of having been part of the terrorist cell behind the attacks in Paris and Brussels. Belkaid was shot dead in a police raid in Brussels, whereas Krayem is pending trial. Both of them had sworn allegiance to Daesh.

© Flickr / Udo Schröter
'Racist' Report Finds Islamists Permeate Sweden, Enjoy Secular Support
At present, SÄPO only informs the municipalities of children and adolescents returning from Daesh, but not about adults, unless they are suspected of having committed crimes (which they usually aren't). In April 2016, Sweden passed a new law banning "terrorist travels" abroad.

"It's not that we're rolling out a red carpet for this group, but we want to help prevent these people from committing terrorist crimes in Sweden. Yes, it's the Security Services' task alright, but we have our tools, too. And we want to be as early out as possible," Betty Byvald told SVT.