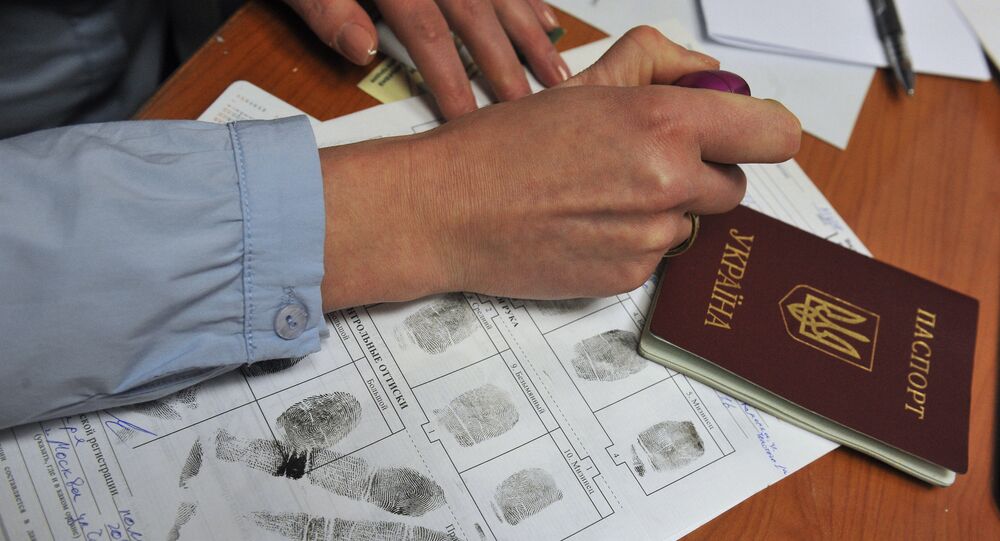 Got $100 Grand to Burn? Then You Too Can Become a Ukrainian Citizen!

Foreign nationals can get on a fast track to receiving Ukrainian citizenship by investing the equivalent of $100,000 US into the country's economy, according to a recent directive by the Ukrainian cabinet of ministers.

In an official directive dated March 1 establishing immigration quotas for foreign nationals and stateless persons for 2017, 2,223 people married to Ukrainian citizens, and another 1,187 persons who are next of kin, will be granted permanent resident status in Ukraine. Another 558 persons will have the opportunity to restore their citizenship. In total this amounts to a total quota of 3,963 persons, down from a 2016 quota of 4,586.

However, the document emphasizes that highly skilled professionals and workers for whom there is an "urgent need", plus scientists and cultural workers, as well as those who have invested the equivalent of $100,000 into the Ukrainian economy, are not subject to the quotas.

© AFP 2020 / TOBIAS SCHWARZ
On the Precipice: Poroshenko's Own Gov't, US, EU Attack Him Over Donbass Blockade
Under Ukrainian law, non-Ukrainians who do not have relatives in Ukraine can receive citizenship after having resided in the country for five years, gained proficiency in the Ukrainian language, and demonstrated knowledge of the country's constitution. Officially, Ukraine's Law on Citizenship does not provide for receiving citizenship via investment alone.

Ukraine does not officially recognize dual citizenship. Ukrainian law states that after becoming citizens, citizens must renounce their non-Ukrainian citizenship within a period of two years.

However, a number of persons, including certain wealthy businessmen and politicians, openly flaunt this law. This includes the large group of foreigners who were brought into the government beginning in 2014 following the Maidan coup, such as American-born Natalie Jaresko. The former finance minister, who was granted Ukrainian citizenship and was supposed to give up her US citizenship, never ended up doing so. This group also includes disgraced former Georgian president-turned Ukrainian politician Mikheil Saakashvili, who awkwardly juggled his Ukrainian and Georgian citizenship before being stripped of the latter in 2015 by Georgian authorities. In Georgia, Saakashvili is wanted on corruption and embezzlement charges.

© AFP 2020 / VASILY MAXIMOV
Fugitive Georgian Ex-President Saakashvili Offers Kiev Advice on How to Become a Superpower
Other officials, including actual Ukrainian-born minister Roman Nasirov, are known to have this problem. Nasirov, recently relieved from his post as head of the State Fiscal Service and detained on corruption charges, is purported to have Ukrainian, British and Hungarian citizenship.

Lawmakers have repeatedly proposed criminalizing dual citizenship, but to little effect. Last week, President Petro Poroshenko proposed a bill in parliament that would away the passports of Ukrainians who hold dual citizenship.

It's unclear at this point what purpose investors seeking Ukrainian citizenship might get out of the deal. Ukraine is ranked 58th out of 104 countries in terms of travel freedom based on visa requirements, according to the 2017 Henley & Partners Visa Restrictions Index.

Furthermore, eased restrictions or not, the country's demographics remain in a dire state. In addition to the over two million Crimeans that voted to rejoin Russia three years ago, Ukraine continues to lose large numbers of workers to temporary and permanent employment abroad. Approximately two thirds of them are men, and most of them are young and from rural backgrounds.

© Sputnik / Max Vetrov
'Everyone I Spoke With in Crimea Wanted to Secede From Ukraine' – Italian Politician
Compounding matters, the decision of Lugansk and Donetsk to split from Kiev following the February 2014 coup and ensuing civil war has prompted over a million Donbass residents to apply for status and temporary shelter in Russia. More than a million fled Ukraine for her eastern neighbor, of whom approximately 600,000 decided to settle permanently. Several hundred thousand more fled to Poland, either to escape the conflict or the related military draft. In May 2015, the Center for Eastern Studies (OSW) thinktank said that there were up to 400,000 migrants from Ukraine in Poland.