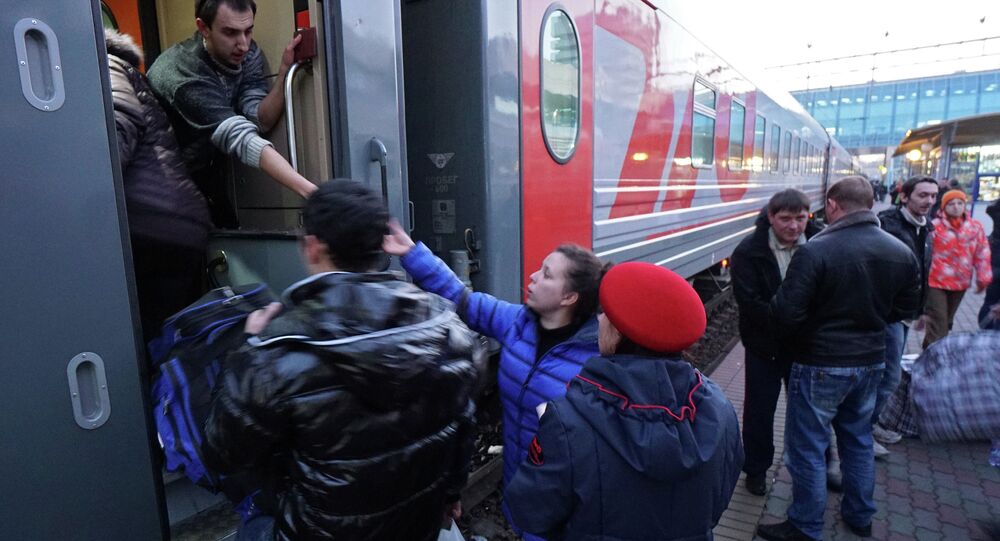 According to the Russian government's Investigative Committee, hosting refugees from conflict-torn Ukraine has cost Russia over four billion rubles ($60 million).

"According to data obtained by Russian federal subjects on costs of the accommodation of Ukrainian refugees, Russia has suffered damage amounting to more than four billion rubles," committee spokesman Vladimir Markin said.

According to Russia's Federal Migration Service, more than 1 million people fled to Russia following the outbreak of the civil war in Ukraine, of whom approximately 600,000 decided to settle there permanently.

"During the preliminary investigation of [war crime] criminal cases, 111,834 people were questioned as witnesses and victims, including 22,193 victims and 89,641 witnesses," committee spokesman Vladimir Markin said.

Over 800,000 Refugees From Ukraine Seek Asylum in Neighboring Countries