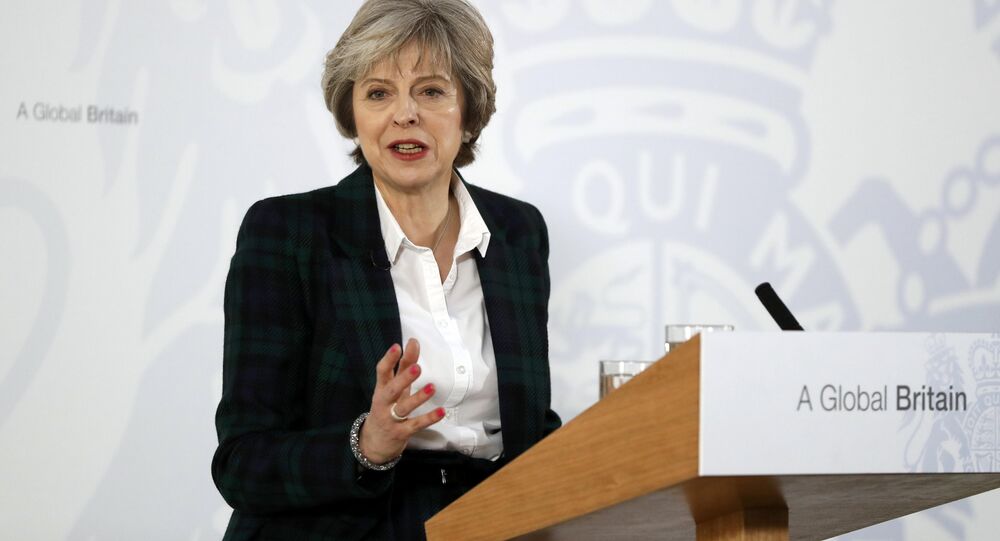 UK Prime Minister Theresa May stated that now is not the time for second Scottish independence referendum.

MOSCOW (Sputnik) — A second Scottish independence referendum is not off the table but "now is not the time," UK Prime Minister Theresa May said Thursday.

© AP Photo / Jane Barlow
Scotland Moves to Divorce the UK Over European Union Exit
In 2014, Scotland voted to remain part of the United Kingdom, however, the 2016 Brexit vote showed that Scotland differed from England on the European Union membership, as it backed staying with the bloc by 62 percent against 38 percent.

The Scottish parliament will reportedly decide as early as next week whether Scotland's First Minister Sturgeon should be given authority to ask the UK parliament for the power to hold a second referendum.

Is Scotland Ready to Divorce Britain Once Britain Divorces the EU?