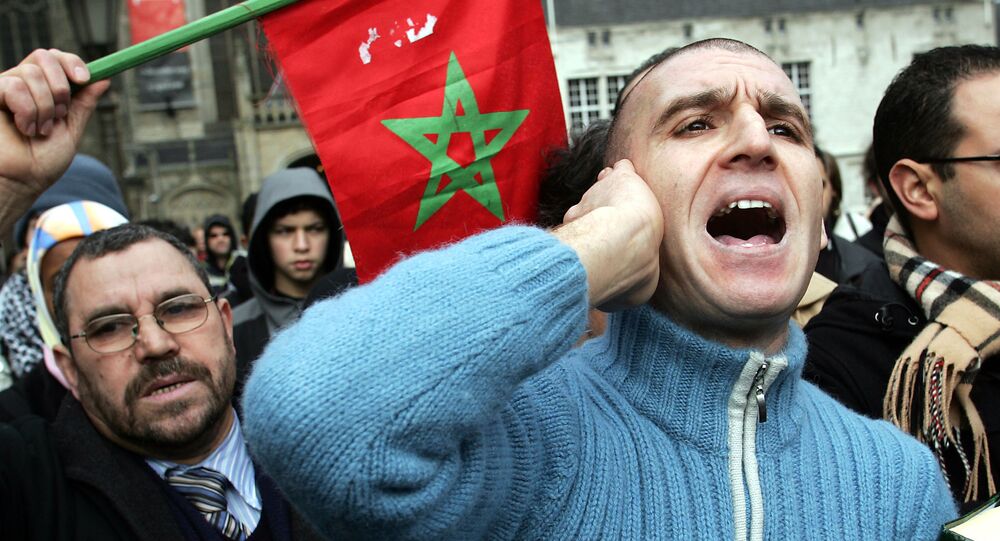 The topic of Dutch Moroccans has been one of key issues during election campaigning in the Netherlands, with security and immigration being a top concern for the electorate.

Dutch politician Geert Wilders, and his anti-Islam, anti-EU Party for Freedom (PVV), is narrowly trailing current Dutch Prime Minister Mark Rutte in most polls in the lead up to the hotly contested election on March 15.

Wilders has garnered strong support with a manifesto that seeks to curb immigration and reduce the flow of migrants from the Middle East and North Africa entering the country.

However, the former has courted controversy throughout the tempestuous campaign and at the end of 2016, he was found guilty of inciting discrimination against Dutch Moroccans, who many believe Wilders has used as a scapegoat for crime to fuel his anti-immigrant manifesto.

Three PVV hating judges declare that Moroccans are a race and convict me and half of the Netherlands.

The politician was charged for remarks made at a March 2014 rally when he asked the crowd for their opinions on immigration.

He asked whether the crowed wanted "fewer or more Moroccans in your city and in the Netherlands?"

Wilders got a definitive "fewer" response from the audience, according to Deutsche Welle.

To which Wilders then replied: "We're going to organize that," (or "I'll take care of that").

Despite the court's verdict, the 53-year-old still pledges to limit the number of Moroccans in the Netherlands and even claimed "Moroccan scum" were making "the streets unsafe" during a visit of Rotterdam last month.

The only valid verdict is that of the Dutch voters on March 15. https://t.co/6rJ3NrQ2j8

As he tried to make his way through a throng of journalists he said:

Speaking of crime rates among Moroccan youths in the Netherlands and the impact on wider Dutch perception of immigration, Jan van Benthem, a commentator on Dutch foreign affairs, told Sputnik:

"The discussion on crime in the Moroccan community has been going on for years already. There is a higher percentage, indeed, of non-Dutch people convicted of crimes such as theft, but the issue has subdued in recent years. There are political parties that bounce on this as an electoral issue but crime within these communities is not new to the Dutch discussion. Geert Wilders was convicted of raising tensions," Jan van Benthem told Sputnik.

There are more than 380,000 people of Moroccan descent in the Netherlands, representing 2 percent of the population, according to the Dutch Central Bureau of Statistics.

According to the study from Groningen University, 54 percent of Moroccan youth had been charged by the police with one or more criminal offenses by the time they were 23.

Wilders told the New York Times that he doesn't have "anything against them (Moroccans) generally but because they are one of the largest immigrant groups here and are over represented in our crime and welfare statistics."

However social analysts such as Ineke van der Valk, the author of Half a Century in the Netherlands: the Moroccan Labor Migration in 50 Stories, say Wilders is overlooking statistics instead of promoting policies to address disproportionate crime rates

"It's not that crime is exclusive to Moroccans. Other groups might commit white-collar crime, but "Moroccans' crimes might be more visible, such as mugging," Ineke van der Valk said.

Although the amount of young Moroccan and non-Dutch offenders is a legitimate concern of the electorate, a 2016 report from the Dutch Ministry of Justice says crime will drop by 0.9 per cent a year in the next five years. The drop has meant a third or 13,500 of Holland's prison cells are vacant and five prisons across the country are to be closed.

The Dutch central government has attempted to reduce Moroccan crime with initiatives such as the Moroccan Municipalities Act, signed in 2009.

The law saw 22 municipalities with the highest amount of Moroccans receive €32 million (US$43 m) in funding to curb crime and the school drop out rates — 60% of Dutch Moroccans leave school without any qualifications.

However, it is evident different policies need to be administered going forward.

Rutte, Wilders Up in Polls Amid Dutch-Turkish Standoff