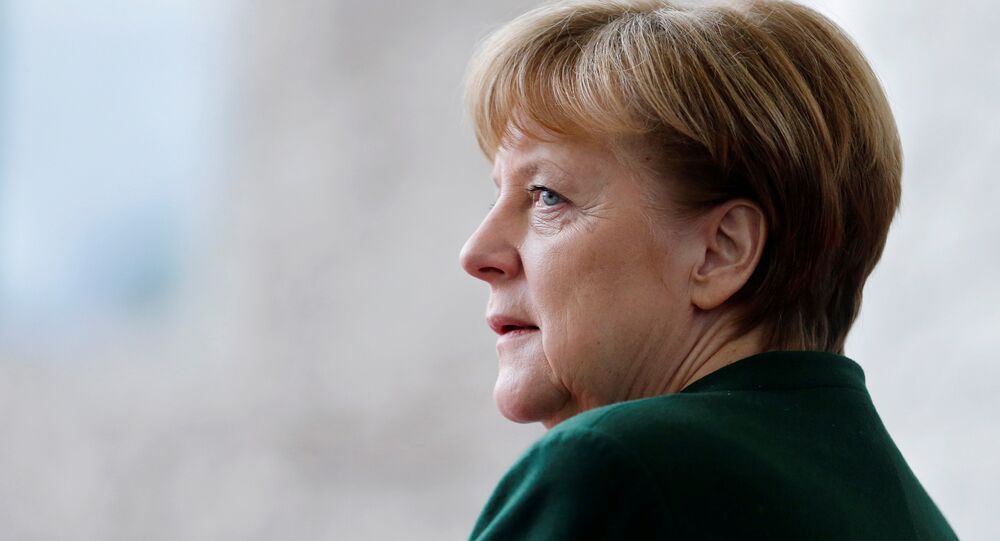 'Berlin is Not Baghdad': Merkel's Policy Contradicts With Democracy

On Thursday, Germany's populist Alternative for Germany (AfD) party presented its pre-election program in Berlin. The main political agenda of the party remains the same: a sharp restriction of immigration and a more resolute expulsion of illegal migrants.

The draft of the pre-election program during a joint press conference in Berlin was presented by three party representatives: Albrecht Glaser, Frauke Petri and Jörg Moyten.

One of the main points of the party's political agenda was the immigration issue. "Berlin is not Baghdad" — Glaser said in his statement, stressing that decisions on the immigration issue should be made not only by the country's authorities, but also by the local population.

In particular, Glaser blamed Merkel for violating legal norms when she made a spontaneous decision to open national borders for refugees in summer 2015. The party's representatives demanded "immediate closure of borders to prevent a wild mass migration" and stressed that to ensure the right of asylum "for all" is "virtually impossible."

© REUTERS / Wolfgang Rattay
'Minus Migration': German AfD Party Pledges to Deport 200,000 Migrants Per Year
The politician also warned that "hundreds of millions of people" willing to escape from Africa and the Middle East are heading to Europe. If the situation continues to develop in the same way, "Berlin will soon turn into Baghdad," and Europe will be on the brink of collapse.

According to Glaser, German Chancellor Angela Merkel "did not fundamentally understand what a democratic state really is" when she made unilateral decisions with regard to the refugee crisis. In this regard, the politician suggested organizing a "referendum according to the Swiss model" and letting "people who live in this country" take part in the decision-making process.

In terms of foreign policy, the party stands for the normalization of relations with Russia and its inclusion in the "general structure" of the European security. The party called for the withdrawal of anti-Russian sanctions, saying that "a long-term peace in Europe" can be ensured only with Russian participation.

© AFP 2021 / Maurizio Gambarini
AfD Calls for End to Nazi Guilt, But Far-Right Not Electorally Relevant - Yet
The sanctions against Russia were introduced when relations between Moscow and the West soured amid an armed conflict in eastern Ukraine. Washington and its allies accused Moscow of fueling the conflict in Donbass and called Crimea's reunification with Russia a breach of international law, imposing several rounds of sanctions against Russia since 2014.

At the same time, AfD representatives also emphasized the importance of friendly relations with the US. However, they noted that these relations should be built on the principle of equality.

Earlier, President of the Social and Political Research Center "Aspect", Georgy Fedorov said in an interview with Sputnik that Germany is unhappy about its junior partner status in relations with Washington.

"Germany wants to raise stakes in relations with Donald Trump. This means it wants to act not only as a junior partner, but as a player who can even oppose the US president's official line," Fedorov told Sputnik.