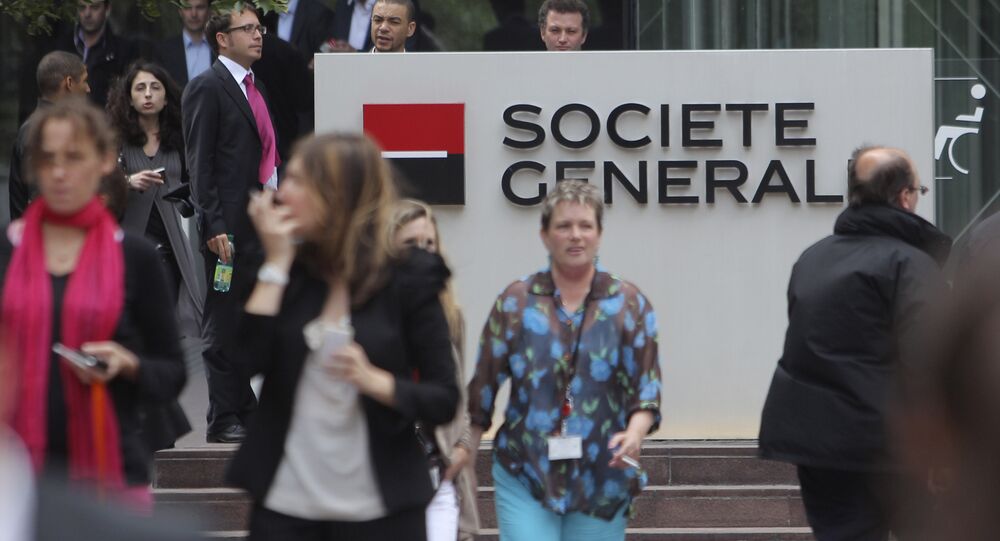 French multinational banking company Societe Generale has told Sputnik it denies accusations by Members of the European Parliament (MEPs), investigating the Panama Papers affair into tax avoidance, that it failed to answer key questions about the ownership of two companies under investigation.

The Panama Papers affair began with the leak, by the International Consortium for Investigative Journalism, of 11.5 million confidential documents that provided detailed information about more than 214,000 offshore companies listed by the Panamanian corporate service provider Mossack Fonseca, including the identities of shareholders and directors of the companies.

The documents show how wealthy individuals, including public officials, hide their money from public scrutiny. It led to the European Commission calling for a crackdown on secrecy and the establishment of "fairer, more transparent and more effective taxation" and the "strengthening the cooperation between fiscal authorities across the EU."

The European Parliament Committee of Inquiry into Money Laundering, Tax Avoidance and Tax Evasion (known as PANA) has been taking evidence from a number of organizations, including the major banks.

One of the key focuses of its work has been the role of middlemen, such as banks, law firms or corporate service providers, who advise their clients on where and how to hide their money.

In the latest hearing, when questioned by Greens group MEP Eva Joly — who is a Norwegian-born French magistrate — about who really owns the Rousseau and Valvert Foundations mentioned in the Panama Papers, Patrick Suet from Societe Generale claimed they were created for clients and do not belong to the bank.

"It's a pity that Mr. Suet didn't tune into France's main public TV channel 'France 2' last week, when the TV program 'Cash Investigation' revealed concrete evidence to the contrary. This includes evidence of an email exchange between Société Générale and the Panamanian law firm and corporate service provider, Mossack Fonseca," the Green party said in a statement.

Check out latest news from EP Committee investigating #PanamaPapers scandal. Has @SocieteGenerale told us the truth?https://t.co/5NlMApFMTA

Joly is now asking for the European Parliament committee to invite French investigative journalist Elise Lucet to the Parliament, "so that we can hear the other side of the story," according to the statement.

"Throughout the hearing Societe Generale failed to answer the very precise questions asked by Joly. According to our information, Societe General Bank and Trust in Luxembourg concluded a four-year contract with Mossack Fonseca in 2010 and made them the bank's only corporate service provider for the creation of offshore companies," the statement says.

​Twitter: "According to an unpublished document presented in @cashinvestigati the ultimate beneficiary of these foundations is indeed the #SocieteGenerale #PanamaPapers"

Joly says she did not receive any answers as to when Societe Generale started to work with Mossack Fonseca, whether they had a four-year contract with the company and if they were their only corporate service provider.

However, Societe Generale has flatly denied any such links with the two companies.

"As we have already explained before the French Senate, and more recently before the European Parliament, Societe Generale has no capitalistic links with either of these two foundations which were created for the exclusive use of a few clients," the company said in a statement to Sputnik.

The PANA inquiry will now be extended by six months until December 2017 for more evidence sessions.