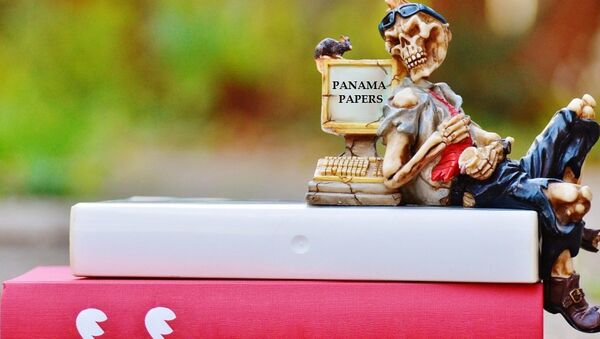 Six months after it was revealed in the so-called Panama Papers that hundreds of rich, powerful people and companies were using offshore tax havens to reduce their tax liabilities in EU member states, a new reports says that, despite an outcry from politicians, it is still 'business as usual' for the tax havens.

The revelations of tax avoidance came with the leak of a cache of 11.5 million records shows how a global industry of law firms and big banks sells financial secrecy to politicians, fraudsters and drug traffickers as well as billionaires, celebrities and sports stars.

At the center of the leaks to the German newspaper Süddeutsche Zeitung is the Panama-based law firm Mossack Fonseca, which created offshore structures for individuals and companies, allowing them to use offshore tax havens to move assets in order to reduce their tax bills in EU member states.

We call on #Panama to set date for release of its official inquiry into financial reforms related to #PanamaPapers https://t.co/9pBQJGBuHr pic.twitter.com/kmvh2tTpTZ

​However, six months on, campaign group Transparency International (TI) says that little — or nothing — has been done to close down these schemes. In April, 2016 — the month the Panama Papers were published — BVI authorities took 16 enforcement actions, including eight administrative penalties and two "strongly worded letters". By June enforcement actions had fallen back to seven, in line with enforcement activity in previous years.

"Aside from a drop in company incorporations it looks like business as usual in the British Virgin Islands," TI said in a statement.

Life Goes on at the BVI

Over 50 percent of the shell companies uncovered in the Panama Papers were set up in the British Virgin Islands (BVI). As of June this year, BVI hosted 430,000 companies: 15 for each of their 28,000 inhabitants.

​The BVI Financial Services Commission is the official body charged with overseeing the corporate service providers that set up and manage shell companies, similar to Mossack Fonseca.

Although there has been a drop in the number of new company registrations — 16,000 in the first half of 2016, a 30 percent fall — the highest penalty of the year issued by the commission, for US$31,500, was applied to Mossack Fonseca's BVI branch on 11 April, just a week after the Panama Papers story broke.

Since it costs just over US$1,000 to set up a basic incorporation package — or around US$5,000 for a "BVI premium International Business Company owned by a Belize trust", the average offshore provider in BVI can recover from a US$31,500 administrative fine within a few days, TI says.