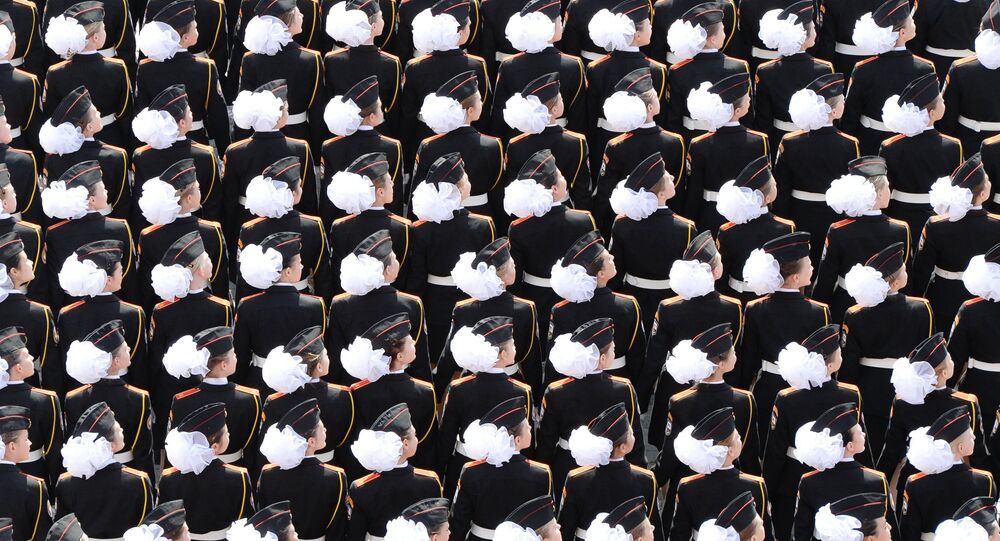 Mikk Marran, director general of the Information Board, Estonia's main intelligence agency, is concerned for the safety of the British troops soon to be deployed to Estonia. The troops, he says, could get into drunken bar fights with locals. These fights, naturally, would be caused by strategically placed Russian honeytraps, according to Marran.

Speaking to Britain's The Times in an interview published on Tuesday, Marran warned that Russia may deviously attempt to use honeytraps (i.e. beautiful female intelligence agents) and send them to Estonia to provoke fights in drinking establishments between British troops and locals to portray the former as hooligans.

"We are seeing some of it already," Marran warned. "There will be 800 young British soldiers. People will be travelling from their bases to the cities. Probably they'll do some pub hopping. We cannot exclude some fights that might be triggered by the 'opposite team', as we call it in Estonia. For example traditional honeytraps and so forth," he added.

© Flickr / Alex Liivet
Estonia Refutes Reports of Espionage on US Administration Officials
Of course, Russian agents could also be used to try to gain access to soldiers' social network accounts to try to find information that can be used to blackmail the soldiers, the official said.

In fact, Marran noted that the British troops will be targeted by a "huge tool box" of Russian Cold War-style spy techniques. He stressed that the thousands of NATO troops deployed or soon to be deployed in Eastern Europe will be a "perfect opportunity" for Moscow to try to discredit NATO in these countries by disseminating 'fake news' stories about them in Russian media.

The official didn't cite any concrete studies or reports to back up his claims. Instead, he pointed to an incident that took place in neighboring Latvia last year, when two drunk British troops were filmed brawling with a group of locals. The British Army claimed that it had started an investigation into whether the whole thing was all a 'Russian plot'. According to Marren, this incident "certainly…had some Russian background to it."

Commenting on The Times Story, Sputnik Estonia noted that the town of Tapa in northern Estonia, where the troops are expected to be sent, is generally enthusiastic about the deployment. Hosts of the town's three pubs are even thinking about expanding. It's hoped that the nearly thousand tired and bored British troops will be more than enough for the town, with a population of less than 6,000, to improve its economic situation.

But not everyone is excited, particularly among the Russian-speaking part of the population. Last year, interviewing locals in Tapa, one local kiosk worker told Sputnik that she has concerns, because she has two young daughters, and fears that these foreigners will be "ogling them."

© REUTERS / Ints Kalnins
Moscow Forced to Respond as NATO 'Deployed Hundreds of Military Bases Around Russia'
Incidents involving drunken NATO troops have become somewhat of a norm in the Baltic countries. Last week, Lithuanian police detained five drunk Czech soldiers in Klaipeda, accusing them of starting a brawl with local youths near a local nightclub. According to police, the soldiers "behaved provocatively" and refused to listen to local law enforcement. The police had to call for reinforcements, who used stun guns to subdue the soldiers.

Last June, Sputnik Latvia reported that four drunk NATO troops damaged a taxi by dancing on its roof, crushing the car's hood, roof, and damaging the driver's door. Two of the troops were detained, with police initially refusing to confirm that they were NATO soldiers. Other incidents have been reported, most of them occurring during exercises. In 2014, Ventspils Mayor Aivars Lembergs wrote an open letter, complaining that NATO troops "behaved like pigs" and "ignored local laws" while they were staged near the city during drills.

© REUTERS / Ints Kalnins
Lithuania Welcomes Growing US Military Presence Near Russian Borders
About 800 troops from Britain's 5th Battalion, the Rifles will deploy to Estonia for the UK's so-called Enhanced Forward Presence mission next month, together with combat drones, Challenger 2 tanks and other armored vehicles. They will also be accompanied by cyber warfare and communications experts, who are supposed to counter Russian cyber and electronic attacks.

The decision to beef up NATO's eastern flank was made at the alliance's summit in Warsaw last July. Foreign battalions consisting of US, UK, German and Canadian troops have been or will be placed in Lithuania, Latvia, Estonia and Poland. Moscow has repeatedly insisted that Russia does not have any intention of attacking any NATO country and starting World War III. According to Foreign Minister Sergei Lavrov, NATO understands this perfectly well, and is simply using the 'Russian threat' excuse to place more troops and equipment on the alliance's borders with Russia.

Estonia Refutes Reports of Espionage on US Administration Officials