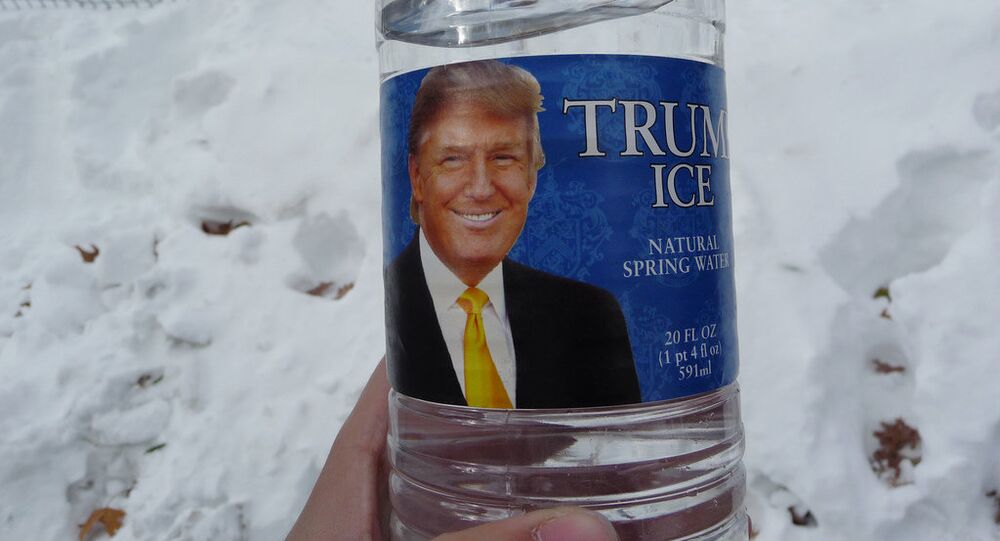 Ever since Donald Trump sensationally won the US presidential election there's been no lack of dire predictions bandied about in the media, especially in Scandinavia where numerous analysts see the US President as evil personified. However, one Norwegian professor is trying to soothe his compatriots by advocating against unnecessary alarmism.

© REUTERS / Brian Snyde
Fear and Loathing Spread in Scandinavia as Trump Sweeps to Victory
Driven by their contempt for Donald Trump's unconventional ways, some Nordic commentators have gone so far as to suggest that the US President will turn America into an authoritarian regime or even start Word War III. Unlike his fellow Norwegians, Professor Øyvind Østerud from the University of Oslo sees no reason for panic and warns against fear-mongering.

Not long ago, historian Bård Larsen of the Civita think tank suggested to the Norwegian daily Aftenposten that Trump could turn the US into a "simulated democracy" upon establishing himself as a dictator. Likewise, Ketil Raknes, the author of the book Secrets of Right-wing Populism, told Norwegian newspaper Morgenbladet Trump's voters shared "basic authoritarian values." However, Øyvind Østerud has dismissed these claims as far-fetched.

"They are just alarmist. Trump lacks the means to do as he pleases. It would be almost impossible to carry out a real coup if he wanted it. It is not enough that he has a supportive majority in both the Congress and the Senate. They will not obey him blindly, and there are numerous other obstacles along the road," Øyvind Østerud told Norwegian newspaper Klassekampen.

© Photo : Twitter/realDonaldTrump
Trump Emerges Unscathed From 'Brawl' With Swedish Feminists
However provocative Trump's rhetoric might be, his critics need not forget about the existing institutional constraints, Østerud argued, pointing out the fact that the US political system is specifically designed to prevent the president from accumulating too much power.

According to Østerud, Trump also lacked support from the armed forces, which is vital for virtually any coup to succeed.

"In the US, the military is divided into different branches with strong rivalries. It is almost impossible to imagine that the military would support such a project. The odds that it will fail are huge, and they have everything to lose. Besides, it would have caused an immediate schism within the defense sector," Østerud said.

© REUTERS / Mike Segar
Scandinavia's Got Nothing to Fear, With or Without Trump - Danish MP
While Trump's election campaign evoked comparisons to Adolf Hitler and the rise of German National-Socialism during the 1930s, Østerud believes such allusions have no grounding in reality.

"While Trump is indeed an unpredictable character with low impulse control, he has not exhibited any desire to form a corporate state, establish a cult of leadership or abolish elections. When people commonly call him 'fascist,' it is more of a handy invective and a way of distancing themselves from him," Østerud argued.

Trump-bashers across the globe previously expressed fear that he would lead America into new wars, perhaps with China or Iran, and at worst even trigger a nuclear war. Again, Østerud sees no reason to panic. Despite all the signals of a more assertive policy towards China and Iran, Trump would have trouble starting a major war, which also needs approval from the Congress.

"There is no doubt that the US is a society with big problems, and the choice of Trump is only a reaction to this. In recent decades, there has been a sharp increase in the differences between the rich and the poor. Wealthy pressure groups have acquired great influence, while millions of ordinary people feel increasingly marginalized. For many Americans, Obama deserved no halo, as he showed neither the will nor ability to address these issues, while Hillary Clinton had little other than insults to offer," Østerud pointed out.

Øyvind Østerud is a professor of in international conflict studies at the University of Oslo. His areas of study include geopolitics and patterns of conflict, power studies, regime transition and questions of sovereignty.