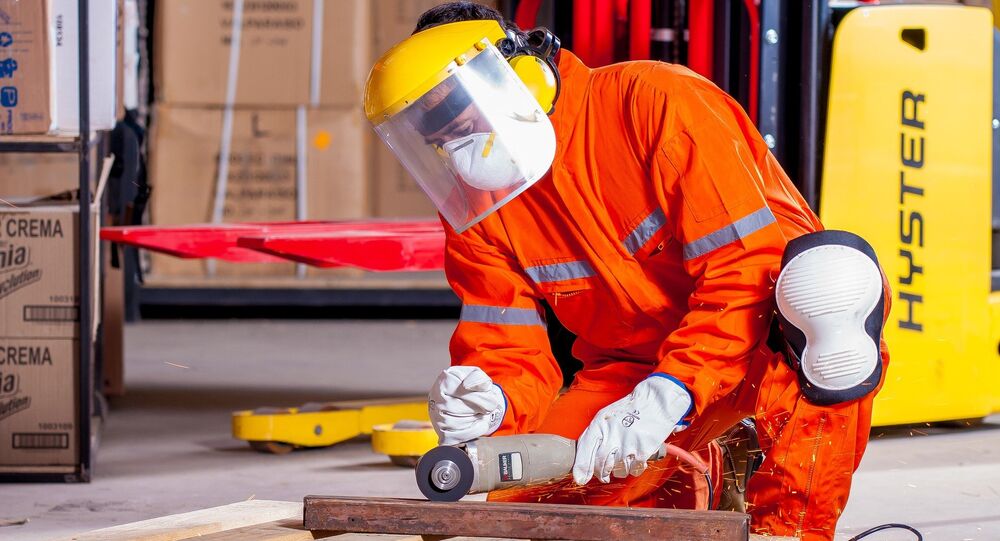 British employers are struggling to fill vacancies in industries that employ a high number of EU nationals, new data has found, amid fears the UK's hard line on Brexit is preventing European migrants from seeking work in the country, which could lead to an increase in the British pension age.

The Labour Market Outlook, released by the Chartered Institute of Personnel and Development (CIPD) and The Adecco Group, found that despite a near record number of vacancies, UK bosses were finding it difficult to fill roles amid a labor and skills shortage.

UK government statistics for January found that low skill sectors that normally employ a high number of non-UK nationals such as retail, manufacturing, health, accommodation and food services were struggling to fill vacancies.

Despite record number of vacancies UK employers are struggling to fill roles due to labour & skills shortage #LMO17 https://t.co/KaMmhJ2JQG pic.twitter.com/kmakqAz6w6

​To back up these fears of an exodus of EU workers in Britain, the CIPD survey of 1,000 businesses found that one in four (27 percent) bosses had seen evidence to suggest their EU national employees were considering leaving their jobs and/or the UK in 2017, noting that "the UK is attracting and retaining fewer EU nationals."

Gerwyn Davies, labor market adviser for the CIPD, the professional body for HR and people development, said the figures relating to EU workers in Britain were creating concerns in some industries.

​"This is creating significant recruitment challenges in sectors that have historically relied on non-UK labor to fill roles and who are particularly vulnerable to the prospect of future changes to EU immigration policy.

"With skills and labor shortages set to continue, there's a risk that many vacancies will be left unfulfilled which could act as a brake on output growth in the UK in the years ahead," Davies said.

Brits Could Be Forced to Work Into Their Mid-70s

The concern over UK labor shortages comes amid fears the British government's hard line on immigration during Brexit talks, could prevent many EU nationals from traveling to the UK, which could then lead to an economic downturn.

Prime Minister Theresa May has refused to guarantee EU nationals,currently in the UK, the right to stay in the country once Britain leaves the union, fueling uncertainty among EU migrant workers.

My views on #Brexitbill:
1/5 May now has a mandate for Hard Brexit: outside single mkt, EU citizens as pawns etc. Risky for UK econ/society

​These worries over an increase in job vacancies come as the government's pension adviser said Britons may be forced to work longer before accessing their pensions if immigration is significantly cut in the wake of Brexit.

John Cridland, a former Confederation of British Industry (CBI) director, who is reviewing the state pension age on behalf of the government, said any "hard" Brexit with strict immigration controls could force Brits to work into their mid-70s.

​He recently told an International Longevity Center conference that the ratio of pensioners to working age people was now "unpredictable" due to life expectancy, fertility rates and post-Brexit migration levels.

Researchers say that a reduction in working age migration from EU member states would lead to an imbalance between the number of those on a pension and those in the workforce, therefore throwing out the government's tax revenue and pension spending.

We don't think case has yet been made to justify a further rise in state pension age at this time says Christopher Brooks of Age UK.

​"All the signs are that Brexit is likely to reduce the number of people of working age coming into the UK from the EU and, unless this shortfall is made up elsewhere, the UK's old-age dependency ratio looks set to rise even further than currently projected," said Francois Barker, a director at law firm Eversheds Sutherland.