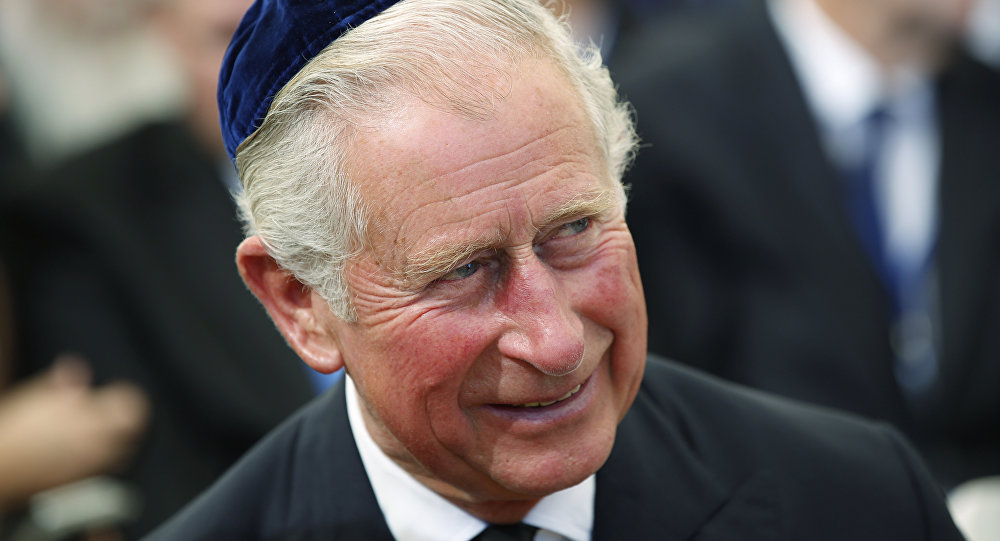 The Prince of Wales has warned the world is in danger of "forgetting" the "horrific lessons" of World War II.

Speaking in his capacity as Patron of World Jewish Relief at a fundraising event, Prince Charles said it was vital to "reach across the boundaries of faith and community" at present, as "the horrific lessons of the last War seem to be in increasing danger of being forgotten."

While the Prince did not elucidate further on which lessons were being unremembered, subsequent remarks by Chief Rabbi Ephraim Mirvis, with whom he shared a platform, offered some illumination.

The @chiefrabbi meets HRH The Prince of Wales @yavneh_college ahead of the display of #socialaction in partnership with JLGB @ClarenceHouse pic.twitter.com/eMcaCSTZz4

Rabbi Mirvis used his speech to lambast US President Donald Trump, slamming his alleged "Muslim travel ban" as "totally unacceptable" discrimination against individuals "based totally on their religion or nationality."

The CR on Pres.Trump's exec order: "As Jews, we know what it's like to be the victims of such discrimination. It is totally unacceptable." pic.twitter.com/gWX7A1Ej29

After the event, Clarence House was quick to insist the Prince was simply reiterating long-held views on persecution, and the speech was written prior to President's executive order in any event.

If Trump wants to ban those who can be radicalised by extremists, then he should start with anyone who voted for him. #muslimban

The truth of the matter is evidently up for debate — but so is the heir to the British throne's allegedly enduring opposition to discrimination. After all, the British Royal Family, in addition to a less than illustrious history of making racist comments, has a documented history of affinity for fascism — in particular Nazism.

In 2005, a mere fortnight before Holocaust Memorial Day, Prince Harry attended a University fancy dress party in a Nazi uniform. The Prince never deigned to explain where he purchased the getup, but cynics might suggest he simply plundered the family wardrobe.

A brief video clip surfaced in 2015 depicting King Edward VIII and his niece, a young Queen Elizabeth II, performing the Nazi salute in the 1930s. While palace spokespeople claimed the salutes were performed in pantomimic jest, Edward and his wife visited Nazi Germany in 1937 to become "a figurehead for an international movement for peace on Hitler's terms," following Edward's abdication of the throne the previous year. In 1937, Edward would also repeat the gesture — in the presence of Hitler.

#Now that #PrinceHarry has decided not to be #racist anymore lets see if he has a view on this pair of #Nazi supporters?#Fascism #Royal_PR pic.twitter.com/aMNtdpQTHv

War-era correspondence between members of the Royal family and their German relatives remain confidential due to a toxic combination of the Official Secrets Act and the Royal Prerogative. However, other documents indicate that in a conversation between Edward and Spanish diplomat Don Javier Bermejillo on June 25, 1940, Windsor argued for the bombing of England, saying it could help bring the war to an end.

In the Royal Family's defense, their Nazi sympathies were not anomalous in 1930s Britain. Historian Manuel Sarkisyanz, in his book From Imperialism to Fascism, reveals the list of overt Nazi-backers in the UK at the time included W. Churchill's son Randolph, the family of Lord Ridsdale, Lord Lamington, Lord Londonderry, and sociologist Houston Chamberlain, among others.

© AFP 2019 / Arthur Edwards
Racism and the Monarchy: 10 Times the UK Royals Went a Little Too Far

Moreover, Sarkisyanz highlights that many of Hitler's core beliefs were adopted from racial theories minted by eminent British scholars — the Fuhrer considered ruthless British colonial rule in India a model for his future "colonial Russia," and eugenics, the doctrine that motivated the Nazi "cleansing" of Europe, was invented in the UK.

Even staunch republicans might privately admit Queen Elizabeth II has assiduously upheld the convention of Royal Neutrality, and avoided meddling in the affairs of government — her son has failed to maintain this tradition.

In 1994, he defended his outspoken political stances, saying:

"I don't see why politicians should think they have the monopoly of wisdom."

Prince Charles' political interventions include; forcing health ministers to listen to his support for homeopathic treatments; protesting against armed forces cuts; complaining about the rise of "an American-style personal injury culture" in the UK; fulminating against GM foods as dangerous; pillorying modern architecture; demanding the construction of more eco-towns.

In 2013, a scandal erupted when it was revealed Prince Charles had frequently written letters to ministers. While the Prince attempted, unsuccessfully, to suppress the letters' contents from public view, former attorney general Dominic Grieve said the letters to ministers expressed his "most deeply held personal views and beliefs," in many cases being "particularly frank." 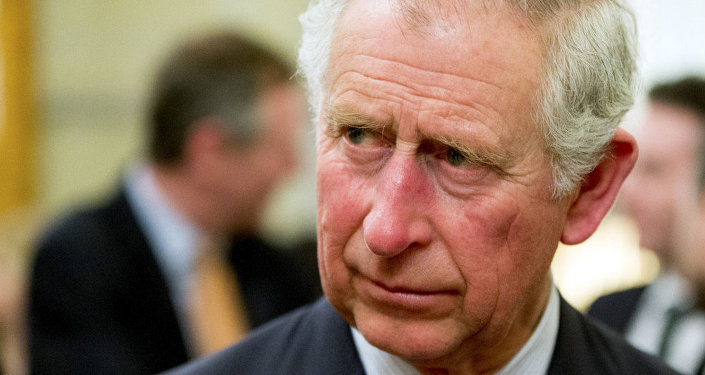 © AP Photo /
UK Supreme Court Rules Prince Charles Lobby Letters Must Be Seen
He has said much to suggest he will continue in this interfering vein if and when he becomes King, saying he sometimes "daydreamed about the sort of things [I] might do," and could "invest the position with something of [his] own personality." Whether this "investment" will remain within the bounds of constitutional propriety remains to be seen.

If Prince Charles' comments were a subtle reference to President Trump, they may come back to haunt him.

The British government has invited him for a state visit, and if the trip goes ahead, he will be hosted by the Queen. Typically, state visits involve an official welcome ceremony, and several days spent at Buckingham Palace.

Peter Ricketts, a former Foreign Office luminary, says President Trump's impending visit has put the Queen in a "very difficult position," with the prospect of protests outside the palace during his stay.