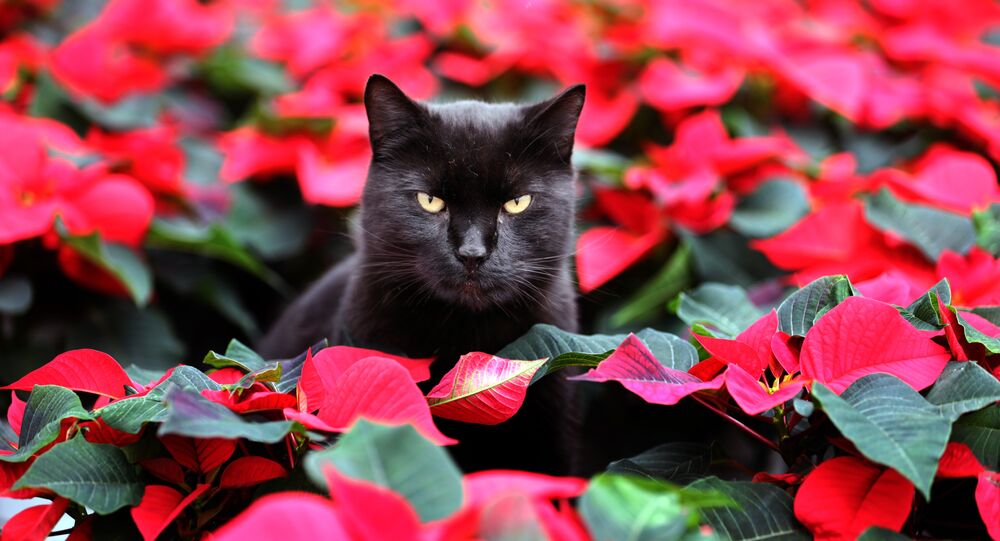 Politicians in Germany have joined calls to impose a controversial cat tax, which would subject cat owners to similar obligations as dog owners.

© Photo : Crystal Sanmann facebook
Never Give Up: Lost Cat Reunited With Owner After Nearly Two Years (VIDEO)
A proposal to impose a cat tax on pet owners has caused commotion in Germany, where the suggestion has been hotly debated online.

The idea was first proposed last week by science reporter Jorg Albrecht in the Frankfurter Allgemeine Zeitung. After the December 19 terror attack in Berlin, German police asked internet users to refrain from disseminating speculation about the crime on social networks.

Instead, Twitter users popularized the hashtag #KatzenStattSpekulationen (cats instead of speculation) which encouraged users to post pictures of cats instead.

Cats are a popular subject for internet memes, and cat videos are some of the most-searched for, second only to pornography.

However, these perceptions ignore the reality of feline behavior, Albrecht wrote. While cat lovers see the independence of their pets as a plus, they are in fact quite brutal animals which can't be trained.

"The killer instinct of dogs can be trained, cats can't. A cat kills everything that moves and is smaller than them. If it were a little bigger, you would have to lock it behind bars and keep it strictly guarded," Albrecht wrote.

© Photo : Pixabay
From Outhouse to Penthouse: Turkish Family Builds First Village for Stray Cats (PHOTOS, VIDEO)
According to Germany's Nature and Biodiversity Conservation Union (NABU) there are an estimated 13 million domestic cats and over two million stray cats in Germany. The animals are actually an environmental menace, killing around 100 million starlings, sparrows and robins per year.

"There are also an unknown number of feral cats. Together they produce an army of predators which effortlessly overshadow the natural predator stock. In densely populated areas there are hundreds of cats wandering around each square kilometer; the same area would suffice for just one wildcat or a couple of foxes."

Albrecht suggests that cats should be chipped and registered, and sterilized at the onset of sexual maturity. In addition, cat owners should have to pay a tax like dog owners do.

"It could stop the Holocaust from being summoned when a shelter decides to put excess cats to sleep, because it is completely full. It could try to prevent the misery of feral cats, by letting the huntsmen do their task without being admonished."

In Germany, dog owners have to pay an annual tax to keep a dog, the cost of which varies from state to state, and is often higher for more dangerous breeds of dog. In Leverkusen the basic cost is 132 euros ($141) per dog per year, in Cologne 156 euros ($167) per year.

"You could even, and I wonder why it hasn't been done already, introduce a cat tax, which dog owners are quite willing to pay without much discussion. Why do they have to adhere to all sorts of rules, while cat-lovers don't care about what their living-room tiger is up to?"

"It is simple – because the dog is a model of loyalty and solidarity, which often does what it is told. Cat-lovers, on the other hand, see themselves reflected in freedom struggles and mysteries, which are as much about them as the devoted predator. If one wants to draw such parallels, one could equally say that cats and their owners are a neo-liberal epitome of egoism, recklessness and antisocial behavior," Albrecht concluded.

© AFP 2021 / TIMOTHY A. CLARY
Belgians Invent 'Doggy Fries' for Potato-Mad Pooches
His suggestion for reducing the number of cats has been debated online and in several newspapers. Young Greens spokesman Moritz Neuberger told Tagesspiegel that he would be in favor of the idea, although others in his party disagreed.

"The revenue earned would not be in proportion to the expenditure," the Greens' tax expert Isabel Klocke said.

While rejecting a cat tax, the CDU's Bundestag spokeswoman for financial affairs Antje Tillmann and SDP Bundestag MP Christina Jantz-Herrmann acknowledged the problem and called for cats which are allowed to roam the streets to be castrated in order to decrease the number of feral cats.

Hunters in Germany are permitted to shoot wild cats in order to keep the population in check. Hartwig Fischer, president of the German Hunting Association, told Bild that he is in favor of a tax on cats, or other measures to control the population.

"Since there are two and a half million stray, malnourished cats that endanger biodiversity, we call on cat owners to take more responsibility," Fischer said.

"If a castration and registration requirement for cats does not help, the policy requires further action to be taken," he said.

Talking Cat Knows How to Get Head Scratches