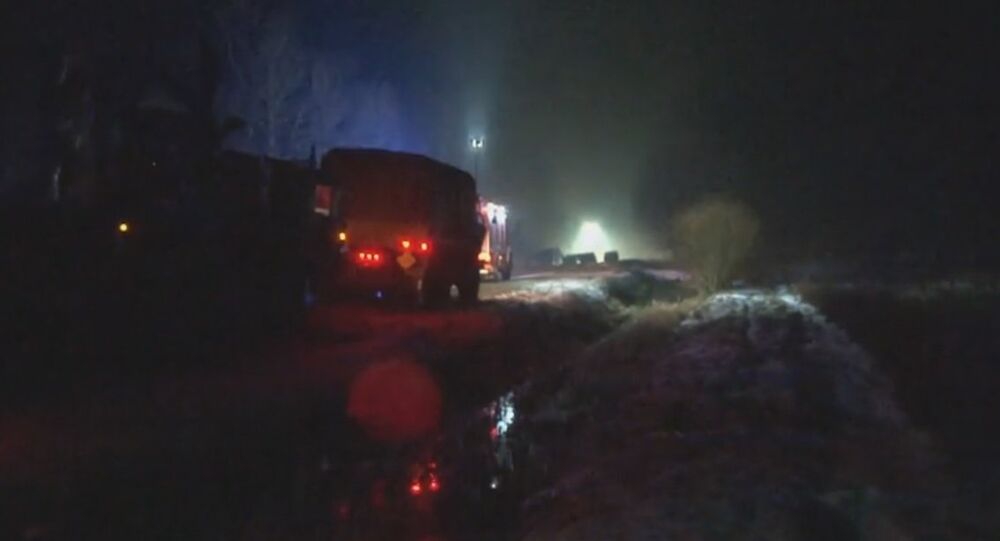 A US Army truck has crashed in a rural area in the western Polish province of Lubuskie, spilling its deadly cargo of M-1 Abrams shells all over the road. Two US soldiers have been hurt, according to the Polish Defense Ministry.

The accident occurred after dark on Saturday evening. A police spokesman told local media that "preliminary findings show that the driver began skidding and lost control of the vehicle, which was sent flying off the road." The Polish Defense Ministry has since said that the driver was going too fast in slippery, icy road conditions.

© AFP 2021 / NATALIA DOBRYSZYCKA
NATO's Military Buildup Close to Russia 'is Not About Protecting' European Borders
Crates containing M-1 Abrams ammunition were spilled on local Road 27, forcing it to be temporarily closed. The truck was carrying the crates to Zagan, the town where US troops were recently deployed. A spokesman for local rescue workers speaking to Polish television news network TVN said that one of the soldiers was taken to hospital.

TVN24 released a video report from the scene of the accident.

Obama's Last Trick: How to Evade a Russia-NATO Deal