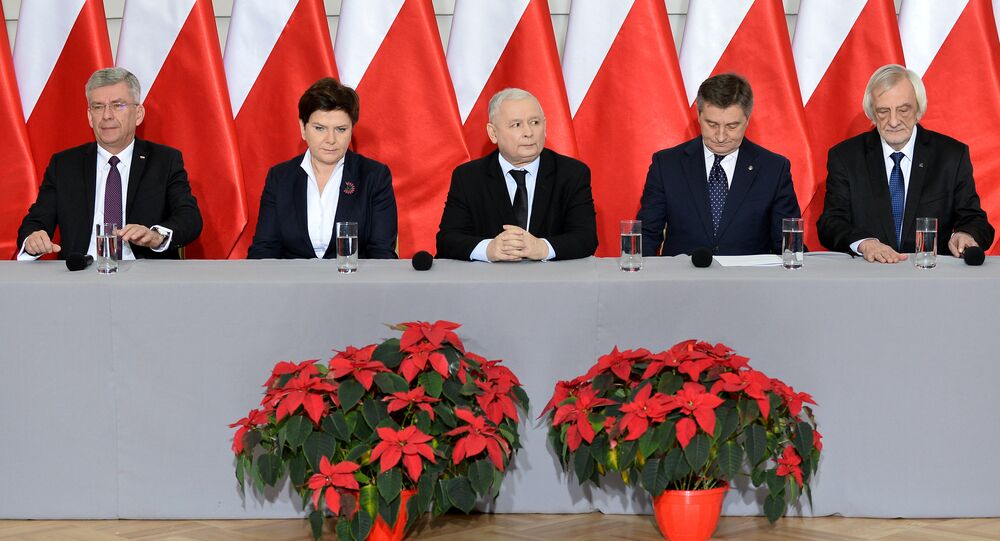 "We are offering an unusual thing – we suggest that our majority in the Senate [higher house of Parliament] approve part of the opposition’s amendments, so that the bill will then return to the Sejm [lower house of Parliament] and will be reviewed there. We can consider approving some of those amendments if they do not destroy the draft budget completely," Kaczynski said speaking on Telewizja Polska TV.

He underlined that the ruling party would not agree to hold a new voting on the budget bill because it would create "a new, extremely anarchic system where the minority could impose its will by violating laws, even criminal law."

Polish opposition has been boycotting the work of the Sejm since December 16, after the parliament announced its plans to restrict the work of journalists in the lower house. Despite the boycott the Sejm had enough members on to meet the constitutional quorum and approved a number of bills, including the draft budget for 2017. The opposition considers the results of the vote illegitimate, demands to hold a second meeting and calls for resignation of the Sejm’s speaker Marek Kuchcinski.

About 1,000 US Soldiers, Equipment Arrive for Deployment in Poland