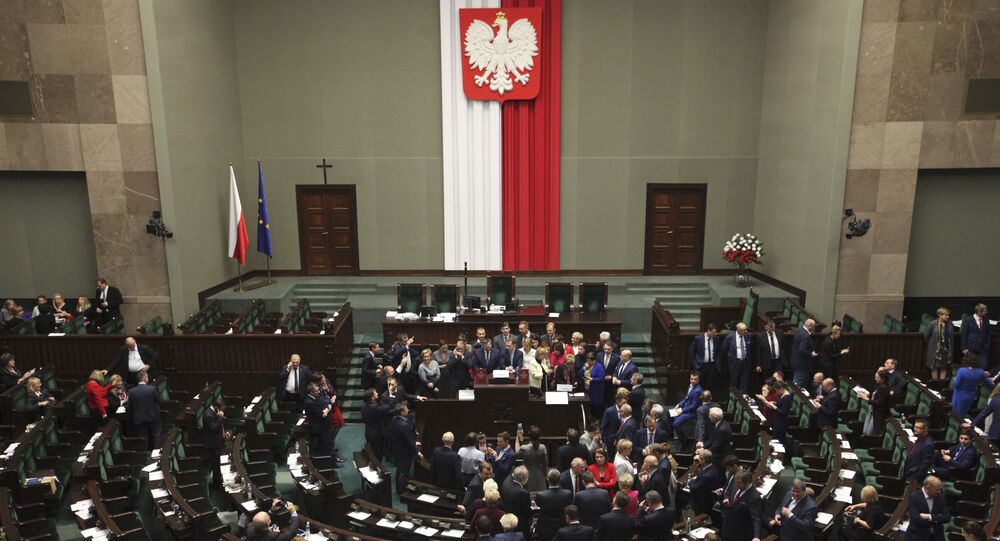 2017 budget was passed through the Polish parliament's (Sejm) Public Finance Committee without any amendments, according to local media.

© REUTERS / Francois Lenoir
Poland’s PM Calls on Opposition to Cooperate With Gov't on Budget Planning
Polish opposition has been boycotting the work of the lower house since December 16, 2016, after it announced its plans to restrict the work of journalists in the Sejm. Despite the boycott the lower house on December 19 had enough members to meet the constitutional quorum and thus approved a number of bills, including the draft budget for 2017.

"The parliament passed such a good budget that there is no need for amendments," Grzegorz Bierecki, the head of the committee and the member of the ruling Law and Justice (PiS) party, was quoted as saying by the PAP news agency.

The opposition considers the results of the vote illegitimate, demands to hold a second session and calls for resignation of the Sejm’s speaker, Marek Kuchcinski.

Polish Sejm Cancels All Restrictions on Media Access to Parliament