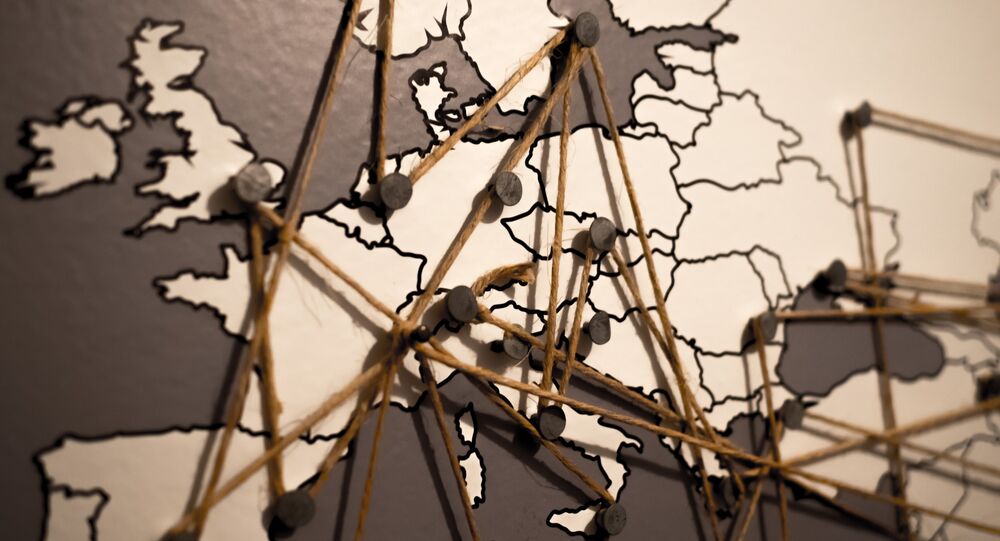 The latest terrorist attack in Istanbul, in which 39 people were killed in a nightclub on New Year's Day in an attack claimed by Daesh, heralds the start of a new year in which Europe faces more threats from terrorism, Sputnik has been told.

The Istanbul attack comes a year after the creation, January 2016, of the European Counter Terrorism Centre (ECTC), following criticism of EU-wide intelligence failures in response to the terror attacks of 2015 — in particular the November 13, 2015 attacks in Paris that killed 130 and injured hundreds more.

© REUTERS / Huseyin Aldemir
Flowers are placed outisde the Reina nightclub by the Bosphorus, which was attacked by a gunman, in Istanbul, Turkey, January 1, 2017.

"The Paris attacks on 13 November 2015 indicate a shift towards a clear international dimension of Islamic State to carry out special forces style attacks in the international environment. This and the growing number of foreign fighters are posing new challenges for EU Member States," Europol said in a statement, January 2016.

As if to prove the point, on January 1, 2016, 29-year old Frenchman of Tunisian descent drove his car into a group of four soldiers in a car park outside a large mosque in a suburb of Valence between Lyon and Marseille, reportedly shouting "Allah is great."

It was the start of another year of tragedy. Later in January, an asylum seeker shouted "Allahu Akbar!" outside a police station near Montmartre, France, where police shot and killed him and a 15-year-old Turkish boy attempted to decapitate a teacher from a Jewish school in Marseilles, France, with a machete. In the same month, in the UK, an Imam was beaten to death by two Daesh supporters for practicing "black magic." And that was just January.

In March, three attackers set off bombs in Brussels Airport and at the Maalbeek metro station in Brussels, killing 32 people, plus the bombers and injuring 340 people were injured. In July, on Bastille Day, a 20-ton truck was driven into crowds on the Promenade des Anglais in Nice, killing 86 people and injuring 434.

Also in July, an 18-year old gunman opened fire outside the Olympia shopping mall in the Moosach district of Munich, Germany. Ten people, including the killer, were killed and 36 others were injured.

And again in July, two men entered a Catholic church in

© AFP 2020 / JOEL SAGET
Thousands in France Attend Funeral of Priest Killed by Extremists in Normandy
Normandy, northern France, taking six people captive and later killing an 85-year-old priest by slitting his throat. The terrorists were shot dead by BRI police as they tried to leave the church.

There were many other incidents involving bombs, shootings, stabbings and hostage taking in Essen, Wurzburg, Reutlingen, Ansbach, Hamburg and Mulheim in Germany; Magnanville and Strasbourg in France; and Charleroi and the Schaerbeek neighborhood of Brussels, Belgium.

Finally, December 19, twelve people died and 48 were injured when a truck was driven into an outdoor Christmas market in the center of Berlin, Germany.

The German flag flying half-mast at Europol's HQ for the victims, families and friends of those affected by the tragic events in Berlin. pic.twitter.com/BoPFBcshVc

A year after its inception, the European Counter Terrorism Centre has its work cut out. It issued a grim warning, November 2016, stating: "Given this fact and a general assumption that [Daesh/ISIL] retains both the will and the capability to strike again, further attacks in the EU, both by lone actors and groups, are likely to take place in the near future.

"In addition to France and Belgium, all other EU Member States that are part of the US-led coalition against [Daesh] are prone to be attacked by terrorists led or inspired by Daesh. Attacks may also be carried out to compromise Syrian refugees as a group and to provoke Member States to change their policies towards them," it warned.