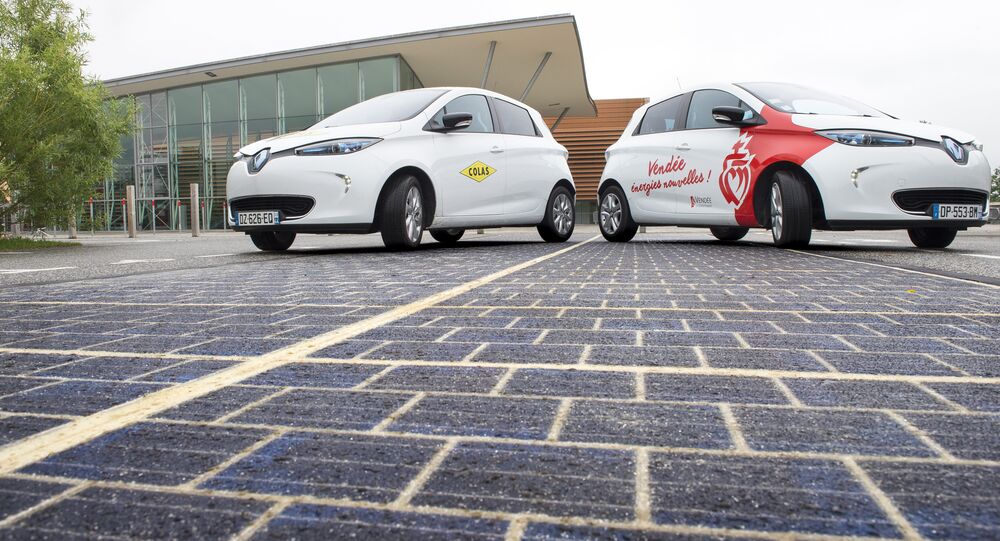 A 1 km road using almost 3,000 solar panels that can provide enough electricity to light up a small village has been revealed in France.

The pilot project, aptly nicknamed Wattway, will create approximately 280 megawatt hours annually, according to road manufacturer Colas. "We are still [in]…an experimental phase," a company director said in an announcement, adding that the pilot led to important installation and manufacturing lessons.

Ségolène Royal, France’s minister of environment, inaugurated the ribbon-cutting ceremony. After setting a goal to lay 1000 km of solar-equipped roadways, France has 999km left to go, but finishing the trial site presents "a real opportunity for our innovation," Jean-Charles Broizat, director of Wattway, said. Colas previously won a Climate Solutions Award from the UN to construct the solar road.

The cost of solar power has fallen dramatically in recent years, following a pattern known as Swanson’s Law, which states that, at current rates, in one decade the price of 1 volt decreases 50 percent. Critics have complained that the $5 million cost of the 1 km solar road is too expensive. Supporters of sustainable energy observe that Wattway critics are forgetting that France’s larger goal is to create sustainable infrastructure.