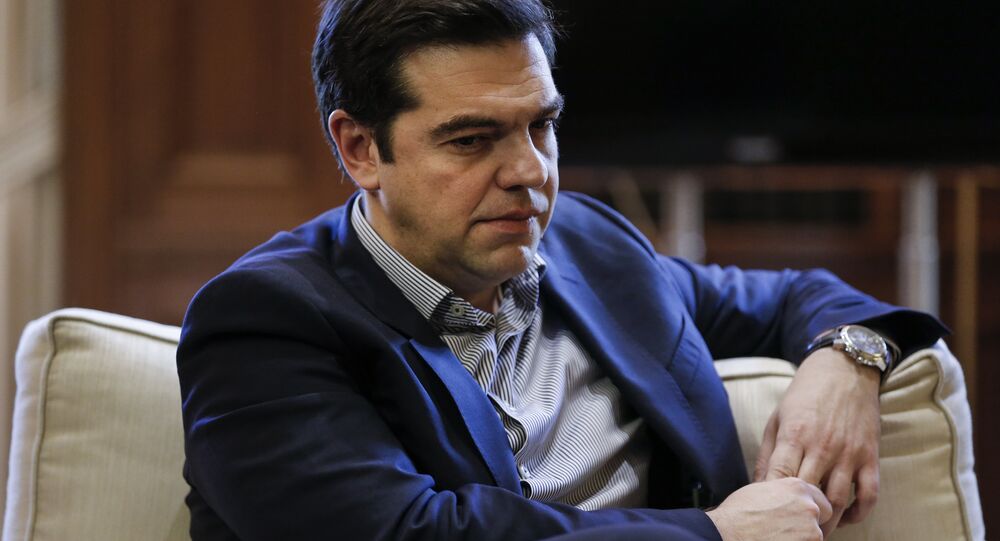 "Greece will not just return to [economic] growth in 2017, but to fast growth. The growth forecast for 2017 is 2.7 percent and for 2018, it is 3.1 percent… Greece has everything it needs to enter financial markets in 2017 independently," Tsipras said at the presentation of an equity fund set up by the European Investment Bank.

The prime minister added that the government's primary goal was to successfully complete the second review of the reforms implemented in the country to overcome the economic crisis.

According to Tsipras, the equity fund will be able to contribute more than 1 billion euros (approximately $1,044,900,000) to the non-financial sector of the Greek economy.

© AFP 2021 / PIERRE-PHILIPPE MARCOU
French Economy Minister Says Debt Load on Greece Should Be Eased
EU ministers met earlier in December to discuss further bailout measures for Greece's heavy debt burden. A set of short-term measures, including longer repayment periods and changing interest rates, were approved by the eurogroup in response to Greece's successful implementation of austerity reforms, but the ministers refused to finalize the second review of the bailout program. The results of the review are key for further tranches of the 86 billion euros ($96 billion) bailout.