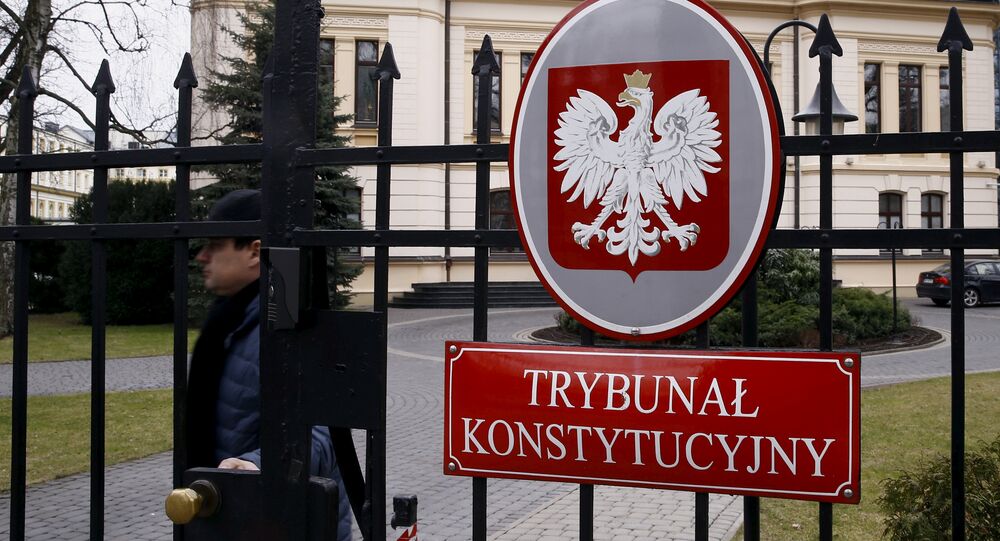 Persistent concern about the rule of law in Poland drove MEPs to debate Polish democracy in the European Parliament on December 14 for the fourth time this year, with some speakers suggesting a constitutional crisis is germinating in the country.

European Commission First Vice-President Frans Timmermans began by making a statement recalling that the Commission had demanded in July that the Polish government amend various controversial changes to its Constitutional Tribunal or face sanctions, but the government missed the October 31 deadline to do so. In fact, the Polish government explicitly rejected the recommendations, stating they were based on "incorrect assumptions" and "unwarranted conclusions", and amounted to "interference in Poland's internal affairs".

Timmermans went on to outline the various constitutional amendments to Poland's constitution passed and pursued by Polish Prime Minister Beata Szydło and her Law and Justice party since taking power in October 2015, which included measures that compromise separation of powers in Poland, amongst others. The changes were ruled "non-compliant" with the country's constitution by Polish Chief Justice Andrzej Rzeplinski, but the government ignored his ruling and refused to publish it.

Rule of law and democracy in Poland debated in Parliament for the fourth timehttps://t.co/v9OEWhkp0t

Many MEPs wanted to know what the Commission now intends to do about the situation, with some suggesting the EC trigger Treaty Article 7, which could lead to the suspension of Poland's voting rights in the Council.

A particular area of contention for certain representatives was the suggestion by Elżbieta Rafalska, Polish minister for social affairs, labour and family, that Poland would withdraw from the Istanbul Convention on preventing violence against women.

Birgit Sippel, German Social Democrat MEP, branded the proposal "just the latest" in a string of developments in Poland that threaten the fundamental rights of citizens. The Polish government must act to resolve the "unfolding constitutional crisis" in the country, she said.

"It is incomprehensible an EU state could fail to recognize the seriousness of this issue and shirk its responsibility to tackle gender-based violence. We are also concerned by new legislative proposals which could threaten freedom of assembly and the independence of NGOs. The situation in Poland clearly shows the need for a permanent and objective mechanism for monitoring the rule of law in all member states."

"Now, however, the Polish government has decided to continue its assault on women. The Polish Minister for Family, Labour and Social Affairs has declared that the country would withdraw from the Istanbul Convention — an important international legal instrument in the struggle against all gender-based violence."

Malin Björk, Swedish Left MEP, said the government's attempt to curtail women's rights did not stop at withdrawing from the Istanbul Convention.

"The government also seeks to restrict a woman's right to the morning-after pill, and is preparing a campaign against women's right to control their own bodies. Moreover, seemingly afraid of people protesting, the government proposes another unacceptable new bill to restrict freedom of demonstration."

The European Parliament held its first debate on democracy in Poland in January, at a session attended by Polish Prime Minister Beata Szydlo. The debate followed the establishment of a'rule of law audit' of Poland by the European Commission.

Poland Hopes for Restoration of Dialogue With Russia – Ambassador