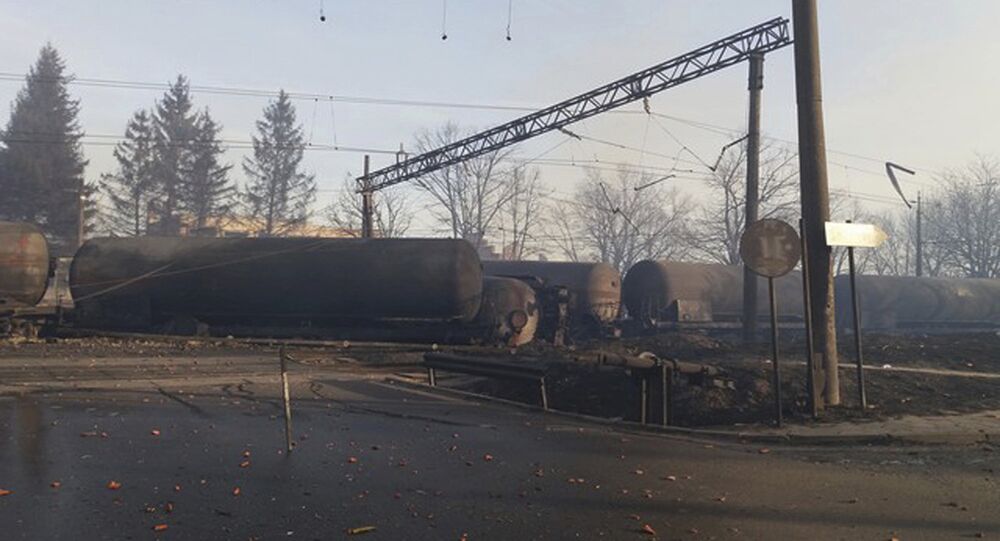 The level of damage caused by the train derailment and consequential explosion near the Hitrino village in Bulgaria's Shumen Province, can be compared to that caused by a natural disaster, Bulgaria's Interior Ministry Chief Secretary Georgi Kostov said on Saturday.

MOSCOW (Sputnik) — Earlier in the day, a hospital official told local television that the death toll in the accident had reached five people.

"The level of damage in Hitrino is as huge as the damage caused by a natural disaster. Though in this case we speak about a train accident, the explosions, which followed after the crash caused a significant material damage," Kostov told the BTV broadcaster.

The blast destroyed several buildings in the village and the local authorities decided to evacuate people living close to the place of the accident. Fire and medical brigades are working at the site. All those injured — around 20 people — were taken to a hospital.

Following the accident, evacuation of the whole Hitrino village was announced, the Nova TV channel reported.

According to the channel, some 700 people live in Hitrino, and the evacuation is set to be completed in the coming hours. The homes of the evacuees will be guarded by law enforcement personnel, the media reported.

There has been no information on the potential causes of the accident so far.